German / Italian rockers DNR also known as DreamsNowReality have released a deluxe version of their album Dreamfinity via the label Perris Records. 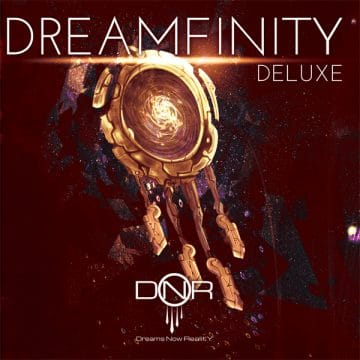 Here is a few words about the three bonus tracks from Kira “Follow me, make me yours and we’re gonna be wasted by dawn! More than just a simple proposal, that’s a promise! Back to the origins with “Follow Me” — one of the first songs ever written by the band, re-recorded and rearranged just for this special edition along with two awesome brand new tunes never heard before, Make me yours, 100% DNR style and “Wasted By Dawn” which is going to drag you straight to the heart of that kinda party we’re sure you just don’t wanna miss!”

Birth of the Dream DNR, a project from Italy, given life by the ambitious bassist Kira, who had a dream. “To fuse the Asian and Western music as well as visual styles into one.” With his idea thriving, he quickly gathered his first line-up including the genuine drummer Ash, ready to confront the world with their new image of sound. Creating their first songs, the band quickly came to perform a wide set of local shows, rapidly attracting a versatile range of audience. Shaping of the dream through a change of members, the young band discovered Axia. A charismatic singer from their area, who then were to become the voice of DNR.

Armed with new courage, they pioneered further into far eastern ground, to become one of the first European bands to conquer Japanese Visual-Kei festivals. Despite their ongoing growth in and outside of their home country, their vision turned frail when losing founding guitarist Sieg. Rebirth of the dream remaining loyal to their dream, the group continued their quest to realize their debut album and finding their missing piece. Together with producing team KR Music from Germany, they finally achieved to create the sound they once upon aspired. Completing their final setup, DNR gain the mysterious guitarist Yu Phoenix for their shared dream. Being a former founder of the popular German band Cinema Bizarre, Phoenix brings valuable experience and skill to the group. Enhanced with a new feel, DNR are determined to ascend their throne, fighting for their everlasting dream together with their dreamers all around the world! For fans of Crazy Lixx, Dynazty & Crashdïet.” 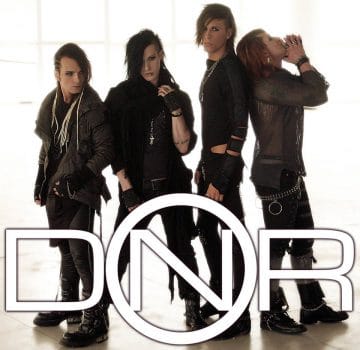 You can purchase the deluxe edition of DreamsNowReality‘s Dreamfinity album directly from Perris Records.

DreamsNowReality‘s “Another World Falls Down” video:

Get our album ★Dreamfinity★ and many other cool stuff!email here: shop@dnrofficial.com Please check out our Official Links and subscribe to our Channel! ⇓Ig:…

DreamsNowReality‘s “Beyond This World” video:

DNR – Beyond This World (Official Video)

Get our album ★Dreamfinity★ and many other cool stuff!email here: shop@dnrofficial.comPlease check out our Official Links and subscribe to our Channel! ⇓Ig: …

Get our album ★Dreamfinity★ and many other cool stuff!email here: shop@dnrofficial.com Please check out our Official Links and subscribe to our Channel! ⇓Ig:…