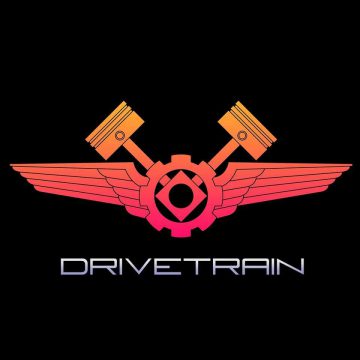 Sleaze Roxx stated the following in its review of Drivetrain‘s debut album Muscles Big, which was released back in November 2018:

“Coming up with the #10 album for the Sleaze Roxx’s Top Ten Albums of 2018 was quite the challenge and one record that was clearly in the mix was Drivetrain‘s debut album Muscles Big, which is one of the most intense releases of 2018. Drivetrain seemingly follow no rules on their debut album except deliver kick ass rock n’ roll, lots of attitude and at times a little bit of comic relief. The guitar work from lead vocalist / guitarist Kevin Beling and guitarist Butch Fabish is absolutely stupendous but not in an Eddie Van Halen wizardry like fashion but in early Ace Frehley like reckless abandon. Not since 21st Century Goliath‘s debut album Radio Destroyer in 2012 have I heard such a raw, intense and furious record.

I had mentioned some comic relief from Drivetrain and it comes with a few of the intros to some of the songs. For instance, the opening track “Muscles Big” opens with the following dialogue: “Hey! What’s up bro? Nice ride Holmes! It reminds me of the one me and your girl got busy in back in the day.” Nice! From then on, it’s full throttle as a heavy guitar riff leads to Beling‘s rough and almost spoken vocals, and a few out of the blue guitar solos before Beling screams out the remaining vocal passages towards the end of the song.”