Drummer Anders Johansson was recently interviewed by Metal Mike for the 80’s Glam Metalcast podcast. Johansson played on Yngwie Malmsteen’s Rising Force‘s albums Marching Out (1985), Trilogy (1986) and Odyssey (1988) as well as the Yngwie Malmsteen records Trial By Fire: Live In Leningrad (1989) and Inspiration (1996). 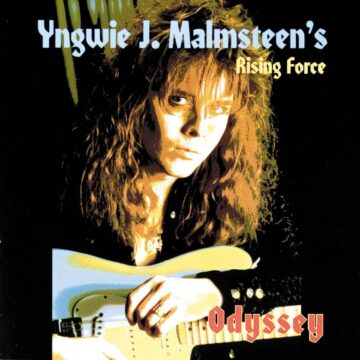 With respect to the album Odyssey, Johansson indicated: “When we did the album with Joe Lynn Turner, Yngwie did a lot of compromising. I don’t think he liked it. He thought it was too commercial. Then again, that one is his best selling album. It was the label that wanted him to be more commercial. Yngwie wanted to do stuff more like the first album, more progressive and fusion. The label wanted the new Bon Jovi. They wanted to make money, but nobody in the band really wanted to play that style. We also didn’t want to create bad vibes with the label. They almost threatened us to be more commercial or they wouldn’t support the album. When Joe came, he wanted even more pop songs. We compromised and put some fast stuff on there to balance it out. I think it came out great and that’s the one most people like the best.

The label also wanted an all star band for that one. They wanted to bring in Bob Daisley and Eric Singer. They didn’t like that we spoke Swedish. Once Joe was in, they really wanted to create an American band. They really couldn’t get rid of my brother because their wasn’t a better keyboard player out there. For drums, I’m sure Eric Singer could have pulled it off. I talked to him before and he said he had no interest in doing it. He said the stuff was too fast for him. He ended up in KISS, so I think he did ok! Bob Daisley was in the band for a short while, we actually rehearsed with him. Yngwie didn’t think he played fast enough either.”

You can listen to the interview with Anders Johansson on the 80’s Glam Metalcast podcast: