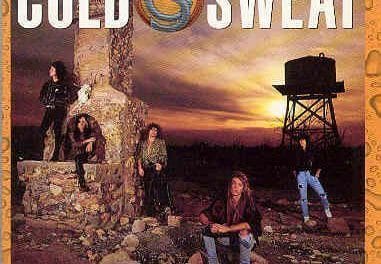 White along with guitarists Marc Ferrari and Erik Gamans, lead vocalist Rory Cathey and bassist Chris McLernon released the album Break Out under the band name Cold Sweat back in August 1990. The five band members reunited as Cold Sweat when they played the Monsters of Rock Cruise Pre-Cruise Party at Magic City Casino in Miami, Florida, USA on 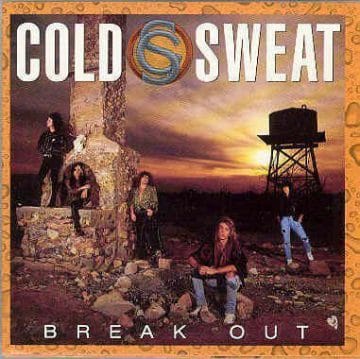 White stated the following about the reunion show in 2020 (as provided by the 80’s Glam Metalcast podcast with slight edits): “That was 30 years in the making, I suppose. The 30 year reunion! I got the call and I had to get it together. I hadn’t been playing drums for over 20 years, I had switched to guitar. I had to buy an electric drum kit because I didn’t have a drum set anymore. I went back to listen to the album and I was like “Oh my goodness, I played all that crazy stuff”? So it took a few months to get back up to speed.”

With respect to what led to Cold Sweat breaking up in the early ’90s, White indicated: “We almost broke through. I’m proud of what we accomplished and I enjoyed it. We toured with Ronnie James Dio and Savatage. We had a video on MTV. We did a lot. We were almost over the hump and then MCA dropped us. We did what we did, and that was it. We came off the road and we started doing some demos. The first set of demos we did were with Marc Ferrari and they sounded good. We had Wendy Dio as our manager and she was shopping the demos around. Then something started to change. It became four against one, and the one was Marc Ferrari. Everybody was coming into their own, but Marc was in the mindset that it was his band. We wanted to move forward, so we kinda asked him to leave the band. I think he wanted to leave anyway.

Once that happened, we thought we should change the name of the band. We got another guitar player from L.A. and changed it to “Sweatin’ Bullets”. We should have probably kept the Cold Sweat name. Now it’s 1991, and Wendy Dio was busy with the whole Ronnie getting back into [Black] Sabbath thing. The five of us were left to our own devices and we started squabbling with each other. One thing led to another and Chris McLernon and I thought about leaving Sweatin’ Bullets. We went out to a club and we met up with Tommy Thayer and Jamie St. James from Black N Blue. We all wanted to do something different. One of them said “Let’s do a KISS Tribute”. And that’s what ended up happening.”

In terms of Cold Gin‘s rise, White recalled: “Once we got going it snowballed like crazy. Gene [Simmons] and Paul [Stanley] started coming to see us and giving us pointers and we would pick their brains. We were in magazines and on Entertainment Tonight with them. It was strange for me, because I went from being behind the kit to being the frontman. I worked hard at it. I watched all kinds of videos of KISS and I gave it 150%. Luckily everyone liked it!”

You can listen to the interview with Anthony White on the 80’s Glam Metalcast podcast below: