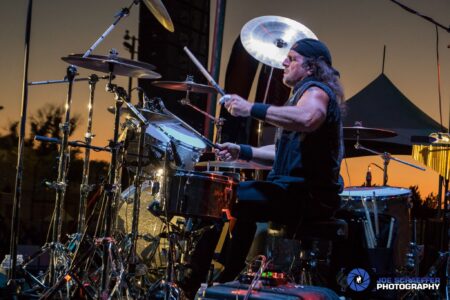 Fifty-eight year old (as per Google search) drummer Bobby Rock celebrates a special milestone today as he has reached 45 years of sobriety. Rock shares some insights into his addictive personality (via his website), which he has lovingly referred to as “Mr. More“, while providing some interesting examples of some of the inner struggles that he can go through with weed, ice cream and working out.

“Today, I celebrate 45 years of sobriety. The last time I smoked weed or drank alcohol, Gerald Ford was president, Muhammed Ali was the heavyweight champ, the average cost of a new home was $43,000, and “Play That Funky Music” was the number one single in the country. So yeah, it’s been a minute. And yet, I still say… for me, complete abstinence has been the only way to fly. That “inner addict” (who I lovingly refer to as “Mr. More”) is still around… but we have learned to co-exist, as I explain in my latest blog:

I’m grateful every day for my sobriety and I’ve never forgotten how lucky I was to stumble into the Palmer Drug Abuse Program (PDAP) at such a young age. Check out the whole crazy story about the early days in the blog post I wrote five years ago on my 40th: