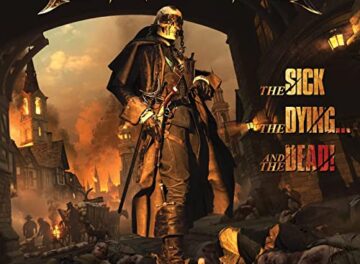 Drummer Dirk Verbeuren feels ‘The Sick, The Dying… And The Dead!’ album is return to Megadeth’s roots 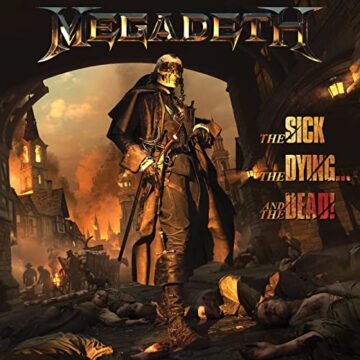 In terms of Megadeth‘s progression from their previous album Dystopia released in 2016 and the new record The Sick, The Dying… And The Dead!, Verbeuren opined:

“Well, in my eyes, this record is more of a return to Megadeth’s roots. Some songs like “Night Stalkers” and “We’ll Be Back” have a distinct early thrash, New Wave of British Heavy Metal vibe. In many ways, this record is kind of like the early Megadeth records, like the first three or four albums, and that’s something that I didn’t hear that much in Dystopia. I think Dystopia was more modeled after Countdown To Extinction, with a bit of Rust in Peace in there, too. We do have that on this record, too, in some of the other songs, though, so I would say that this record, in my mind, covers a bit more ground and is a bit more diverse.

Other than that, I don’t know; I just tried to inject the music with as much feel as I could. I have to credit Dave [Mustaine] for letting me express myself and giving me all the freedom he gave me to try some crazy drum ideas, a lot of which made it onto the record. And that makes me happy because I spent all these years playing songs off of Dystopia and off the older records on the road, giving me a chance to absorb what Megadeth drums are supposed to be. And I tried to express that and regurgitate that in my own way on The Sick, the Dying… and the Dead!.”

You can read the rest of the interview with Dirk Veubeuren at Vinyl Writer Music‘s website.

Megadeth‘s “Soldier On!” visualizer video (from upcoming The Sick, The Dying… And The Dead! album):