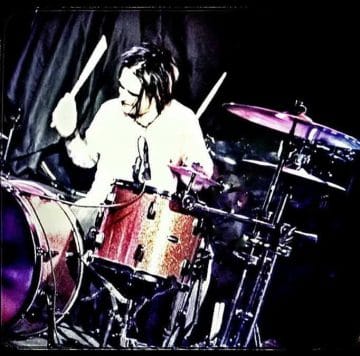 Shortly after White Trash Stars announced that they were looking to replace their rhythm section (bassist and drummer positions) which consists of half of the band, drummer E-Money has opened up to Sleaze Roxx on why he left the group.

“To me, White Trash Stars is Ray, Caz, Mal and myself. Sadly, that is not the case anymore, so I have decided not to carry on jamming drums in the band. I’m leaving, but not every situation has to end in a fight. Take the experience, the good, the bad, the positives, the negatives and b glad you have the chance to do it creating something cool and having a blast doing it… I did chat with my mates in person and totally respect and understand wanting to keep [the] band rolling… Hope the dudes respect my decision not wanting to continue if it’s not the four of us… Much respect and love for you dudes/mates and White Trash Stars, the music, the fun times, the chemistry the four of us had… Best time I ever had in a band (from what I remember)… trU #OnWithThe Show…. Best of Luck mates #ThanKful #SupportOriginalMusic #FiveYearsDead”

White Trash Stars performing “Are You Ready” at Whiskey Tango in Philadelphia, Pennsylvania, USA on May 28, 2017:

White Trash Stars – “Are You Ready” with IntroMay 28, 2017 at Whiskey Tango in Philadelphia, PAhttp://www.facebook.com/whitetrashstars