Former White Lion and Stephen Pearcy drummer Greg D’Angelo was recently interviewed by Andrew DiCecco for Vinyl Writer Music. D’Angelo was in White Lion from 1984 to 1991 and played on their biggest albums consisting of Pride (1987), Big Game (1989) and Mane Attraction (1991). 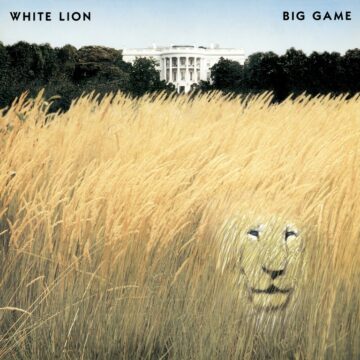 In terms of the challenges that White Lion encountered while coming up with Big Game, D’Angelo indicated (with slight edits): “Well, interestingly enough, the last single that we got off of Pride was “When The Children Cry.” It was really late in the game and kind of a Hail Mary. We were like, “Are we gonna do this? There’s not a lot of money. Should we do a video?” … “Yeah, let’s see what happens.” And it wound up being very successful, so much so that Atlantic wanted to capitalize on the momentum that we had from that top-10 single, so they were really pressuring us to get the record out. We were touring, playing our set, and trying to come up with new tunes on the road.

We took a very, very short break, and then James LoMenzo and I went back to New York and met with Vito [Bratta]– because we were living out in California by that point. Got into a rehearsal room for a couple of weeks and basically went through some rudimentary arrangements of the songs he had written. We hadn’t really heard the vocals; we weren’t sure what was gonna happen with those because Mike [Tramp] wasn’t with us at that point. We went in and basically cut those demos. It was a little bit rushed, honestly. I think that we could have used a little bit more time, but we were listening to what the grown-ups are telling us to do … “We need that record yesterday.” So, we got it done.

The record’s got some great high points on it, as well. “Radar Love” was a pleasure, both the video and audio part of it. There’s a lot of moments on that record, especially if I were to go back and listen to it, that I was really proud of. The music on “Let’s Get Crazy” was a lot of fun for us to play; that became our opener on the subsequent tour. “Radar Love” was the No. 1 video with a drum solo. That’s what every drummer looks for, right?”

With respect to how he came up with his drum solo on “Radar Love”, D’Angelo stated: “We had a pretty unlimited budget, and we went to town. We had helicopters, exotic cars, women, extras, actors, and all the stuff that costs a ton of money. I don’t know if a video like that would even be made today, honestly. It was over a few days and was great fun.

The drum solo was something that I think I came up with pretty quickly because initially, I was doing something similar to what the guy in Golden Earring played; some kind of Jungle Tom kind of thing. Producer Michael Wagener said, “Look, that’s great, and it sounds great, and if that’s what you want to do, we can do that. But you’ve got a chance to showcase yourself here and showcase your playing a little bit. Why don’t you come up with something on your own?” I went back and overnight and came up with that solo and played it the next day, and he just said, “That’s it. Perfect.” So, I have to thank him a lot for encouraging me to do that.”

You can read the rest of the interview with Greg D’Angelo at Vinyl Writer Music‘s website.