Following Wikkid Starr‘s announcement earlier today that they had parted ways with drummer Joe Rokker and did not want to comment on the departure any further, Rokker has elected to outline the reasons for leaving the band.

The following message was posted on Joe Rokker‘s (Joe Ramirez) Facebook page less than an hour ago: 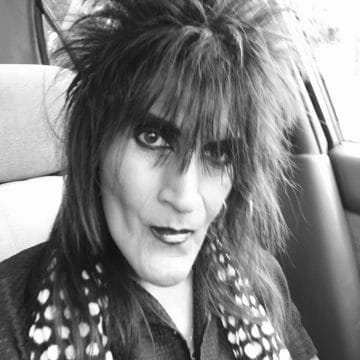 “I just wanted to make a

To my departure from WIKKID STARR.

I’ve decided to part ways due to personal issues which absolutely has nothing to do with the band. But my personal issues and that need to be addressed. It makes me sad to have part ways after 3 long years of ROKKIN ‘N’ ROLLIN. I simply wanted to wish the WIKKID STARR camp lots of luck and success in the near future keep on ROKKIN ‘N’ ROLLIN keep shooting for the ST⭐️RRS.

I would also like to thank WIKKID STARR for giving me the opportunity to have been part of this kick ass band and be on that same stage giving you my 100% every time and i will never forget that.

We now must move on one will continue the other will start a new beginning.

But only time will tell and when that time comes i will be back to rock n roll on a stage near you. I will miss you all and hoping to see you all again soon in 2020 you can bet on that

Fo sho’??. I ask that I will not make any comment both parties have agreed not to comment on this and I also ask please respect both parties. I thank you I will miss you I won’t forget you. Peace out.

Toney Richards & Ashlyn Childs played in rival bands in the 90s, Childs in Suicide Alley and Richards in D-ZIRE but in the mid-2000’s, they teamed up to writ…