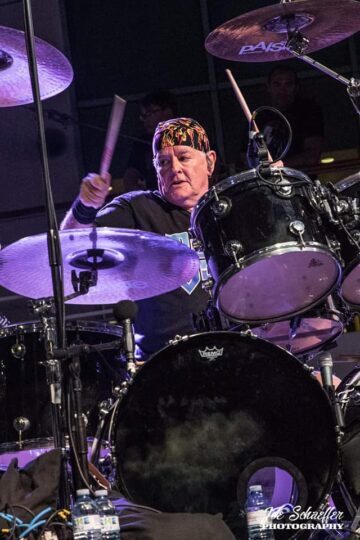 In terms of what Saxon are up to, Glockler indicated (as provided by The Metal Voice): “What’s going to happen is we’re right in the middle of another album already. The songs are being sort of finalized as we talk.  I think then we’re going to release it in 2024. and then that’ll be a big tour. We’ve done the writing it’s just a case of recording it all now but the writing is the process that takes the time because you’ve got so many ideas from everyone. We work on them and that’s what takes the time.”

With respect to upcoming Saxon shows or tours, Glockler stated: “We’re sort of lining up tour dates for next year, we’re doing the Monsters of Rock Cruise and we’re doing some shows in South America  and then we hit Festival season again. Also we’re doing some more shows in Germany as well, I think it’s about another five or six shows in Germany and a couple in Poland. I just want to say we’re incredibly grateful to all the fans that stuck with us and as I always say we wouldn’t be where we are without you.”

You can read other excerpts from the interview with Nigel Glockler at The Metal Voice‘s website and/or listen to the interview below: