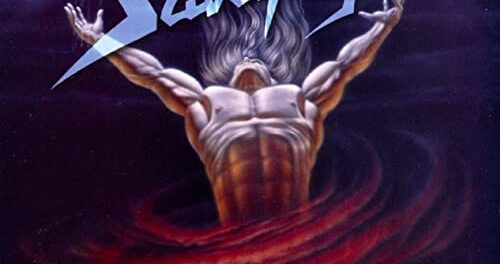 Wacholz handled the drums on the first seven Savatage albums alongside lead guitarist and band founder Criss Oliva. The drummer was credited on Savatage‘s eight album Handful of Rain (1994) and first since Oliva‘s death on October 17, 1993. 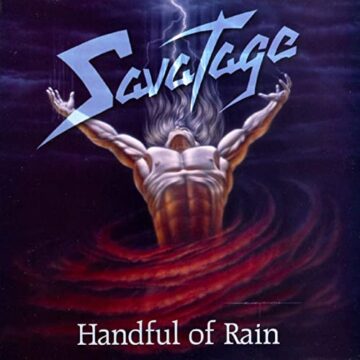 Wikipedia provides the following summary for Savatage‘s album Handful of Rain (with slight edits): “Handful of Rain is the eighth studio album by American heavy metal band Savatage, released in 1994. This is the first album since the death of the band’s founding member and lead guitarist Criss Oliva who in turn had contributed to writing on two of its songs before his passing, namely “Taunting Cobras” and “Nothing’s Going On”.

Handful of Rain marked the only time that Savatage had recorded together as a three-piece, their only release with former Testament guitarist Alex Skolnick (who had replaced Criss), and their only one without Johnny Lee Middleton (who is credited on the insert, but did not perform) since 1985’s Power of The Night. Drummer Steve Wacholz (also credited) had already left Savatage by the time the album was recorded. Instead of replacing Middleton and Wacholz, Jon Oliva provided both drums and bass on the album as well as rhythm guitar, piano, keyboards, and backing vocals.”

With respect to Oliva‘s death and the album Handful of Rain, Wacholz indicated (as transcribed by the 80’s Glam Metalcast podcast with slight edits): “I probably would still be making music with those guys if Criss was still here. We were pretty tight, it just sucks that he’s been gone now for 27 years. At Criss‘ funeral, we said it was over…. that the band couldn’t continue without Criss. He was the center point of the band and a guitar God in my eyes. Then 8-10 months later I hear Savatage is recording and I’m like Huh? I didn’t play on it, but my picture is on the inside cover and I did the video. I think they did it because I had been there since the beginning. I gave some credibility to the name at the time I guess. I don’t really know.”

On the idea if ever playing with Savatage again, Wacholz stated: “I would do the whole damn album! I just texted Jon [Oliva] today because I read something on Blabbermouth that said he was writing. He knows I want to play again. It was Paul‘s [O’Neill] idea like 10-15 years ago to bring all the past member together for a show, bringing them out as you progress in the catalog and timeline of the band. I could take a month out of my life and tour Europe. I don’t think I would want to do the States. I’d love to do it. It’s not like we are getting any younger.”

You can listen to the interview with Steve ‘Doc’ Wacholz on the 80’s Glam Metalcast podcast below: