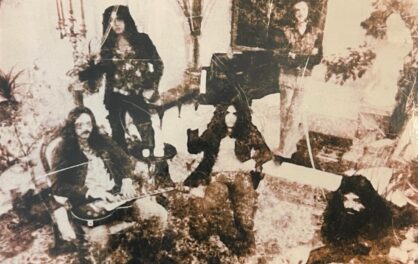 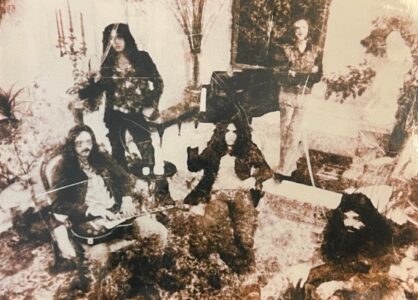 Wicked Lester drummer Tony Zarrella was recently interviewed by Andrew Daly for Vinyl Writer Music. Zarrella was part of the Wicked Lester line-up along with KISS members Paul Stanley (Stanley Eisen) and Gene Simmons (Gene Klein) that recorded an album that was supposed to be released via Epic Records in 1972. The other Wicked Lester members for that unreleased album were guitarist Steve Coronel and keyboardist Brooke Ostlander.

In terms of whether Stanley and Simmons were sure of themselves on the direction of the band and whether they leaned on their bandmates in that regard, Zarrella recalled: “Steven [Coronel], Brooke, and I were very involved in the arrangement and production of the songs. Paul and Gene would come in with basic rough cassette recordings of the songs played on acoustic guitar. During the rehearsals, we would develop each song with new and improved bass lines, rhythm, and lead guitars, all coordinated with my original drum parts. And my drumming was creative, with a unique style that I integrated into each song’s character. I felt that this worked perfectly. I wrote all the drum parts, complemented by Gene and Paul’s input, along with producer Ron Johnson and engineer Ralph Moss.” 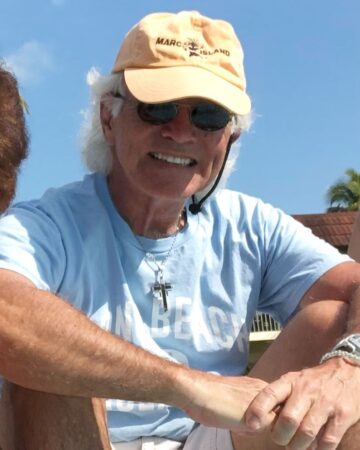 With respect to the struggles that the band faced, Zarrella stated: “Well, it took two years, so it was a slow process. The end result was airy and light music, with production considered crossover material for commercial and pop airplay. But the creative struggles were minimal because there was mostly mutual agreement by all involved in the recording process. This said, there were differences in that Gene and Paul preferred more of the hard rock edge, while I combined both hard rock and pop drum playing styles.”

On whether the band was happy with the album upon completion, Zarrella recalled: “At the end of recording and mixing the album, everyone was moderately optimistic and satisfied. I was happy with the end result because the songs and production were different and felt unique for this period in the early ’70s. Overall, the album’s sound was eclectic, with a conceptual approach to each song. The band developed the sound and style together, which all happened in the moment. I guess you could say we were intentionally living in the moment with our music. But the record was never released, and then, after KISS got big, there were plans to put it out, but as I understand it, the Wicked Lester record got shelved because Gene Simmons and Paul Stanley purchased the master tapes, so they would not be released. I believe there was concern that it would contradict their harder rock image.”

You can read the rest of the interview with Tony Zarrella via Vinyl Writer Music’s website.