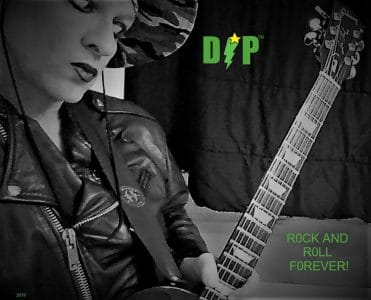 DSP surfaced onto the rock scene with the single “50” last year. Speaking exclusively to Sleaze Roxx, Perry explained the significance of the song “50” and more as he stated: “I recorded and shot the video for my track “50” to celebrate the age itself and restart my passion and love for glam rock music. I am a lead vocalist / guitarist solo artist and go by the name DSP. I did play guitar with a band called Cry Tuff in my early 20s for five years of my life. We were a glam rock band formed in Tampa, Florida than relocating to the west coast sunset strip scene. We played Gazzarri’s in the early 1990’s when it was still opened. I relocated back to Florida and started pursuing a solo career still to this day. I have my music tracks on YouTube available to stream for now.

No album is planned as for now, however I am shopping my music to record labels seeking a recording contract to take my music higher. I signed a worldwide Licensing agreement for my track “Combinations” with the German record company Rock ‘N’ Growl Promotion this year as well. This has helped me a lot! The record release includes Paul Di’anno, the ex-singer of Iron Maiden, and Ryan Roxie from Alice Cooper‘s band. I have had guest musicians work with me in my “Combinations” video and throughout my solo career. One day I’m planning to do live shows when budget permits. As for now, I’m just recording/writing music and promoting the DSP name.”