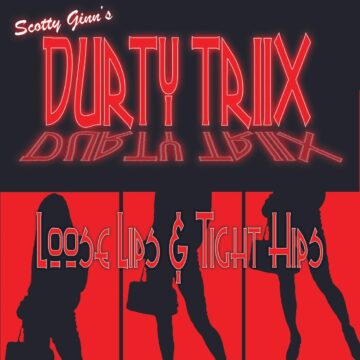 “Durty Triix, the new hard rock band from down-under unleash their debut single ‘Loose Lips and Tight Hips’. Durty Triix features the multi-talents of frontman, songwriter, producer Scotty Ginn (Boss, Rags N Riches, Mazz-XT). Durty Triix will start gigging in early 2022 to support the release of the upcoming (but as yet untitled) debut album mid-year. Durty Triix‘s music is right in the slot of the new wave of classic hard rock with a big crunchin’ sound, complimenting the catchy riff-heavy songs that are a trademark of Ginn’s songwriting and production style. Today fans get to play their first Durty Triix with the release of the debut single and lockdown video for ‘Loose Lips and Tight Hips’ recorded during the Aussie winter. Be the first to turn on to Durty Triix and mark as one to watch in 2022.”