Dustineyes release videos for “Ask The Dust” and “Raisehell Crew”

Italian rockers Dustineyes have released two videos for their songs “Ask The Dust” and “Raisehell Crew” from their upcoming studio album Rat Race, which will be released via Sliptrick Records in February 2017. 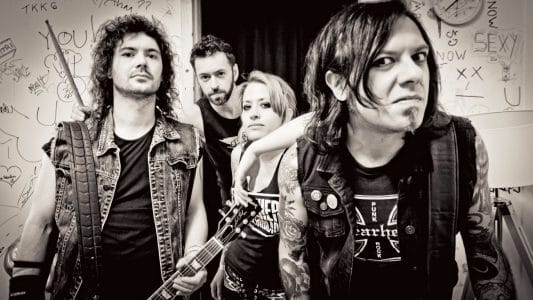 “Dustineyes are the worst company you can find for the night, be sure. Just four alcohol fueled, rock ‘n’ roll maniacs who play louder as they can: call their music hard rock, call it punk, call it heavy metal or just don’t care about the names but care about their noise.

Dust brothers started in the end of ‘90 as a horror punk trio named Split, in 2000 they got their first deal with InsideOut Records and they released the first full lenght album “Rebel Moster”. Due to line-up changes, the guys stopped for a while. In 2005, the band got back its balls (adding a couple of headless bastards to the original line-up) and started to hit the stage like never before. Followed 4-years-4 of gigs, broken strings, booze, hangovers and backstage friendships (if you know what I mean…).

On 2008, they released worldwide the second album “Next Stop Hell” via Sliptrick Records from New York -U.S.A.- and they toured all over Italy and Europe sharing the stage with bands like L.A. Guns, Hardcore Superstar, Nashville Pussy, Pretty Boy Floyd, Tuff and Crystal Pistols. In 2010, they locked themselves in studio once more to record the third album for the italian label Logic(il)logic. “Bullet For My Generation” comes out as the strongest album in their career and give to DIE the chance tour Italy (again and again) and Europe.” 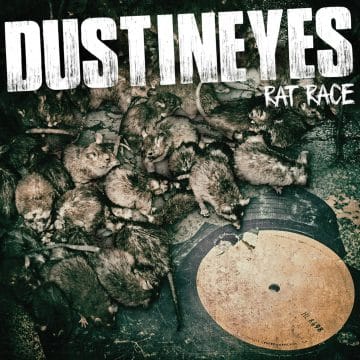 describes Dustineyes in part as follows (with slight edits):

“Dustineyes are an Italian hard rock band that has been around since 1999 and after their first album release as a trio they had some lineup changes. a few years later they got back in shape in 2005 and rocked the stages for three heavy years…

After their 15 years celebration in 2014, singer Lele Dust decided to take a different road and left the band. For some time, it was unclear if the band could and wanted to go on without him. But one year later, they found a new voice for Dustineyes in a swiss girl named Flo. So after another year of countless rehearsals and hard work, they are now ready to share with the world their new album. Once again Sliptrick Records will help them to spread their music around the globe and they can’t wait to hit the stages again, starting from this October.

Rat Race, the name of the album, contains 10 heavy and loud songs that unite rock’n’roll attitude with heavy metal riffs and punk aggressivity. Although the change from Lele Dust‘s characteristic powerful voice to a female voice seems like a drastic change, critics so far have been heard saying that they can’t really hear a difference, but only see one. The finish of the new album Rat Race makes a cover from Motörhead, as a tribute to the late, but unforgettable Lemmy Kilmister.”