The Italy based Dylan Mantica Band has released its first single entitled “LoveDoll.” 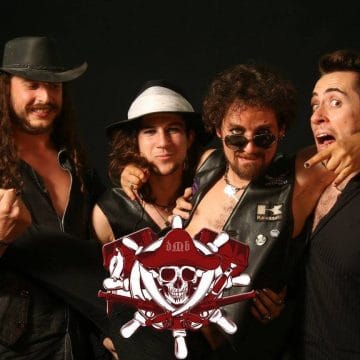 The group’s Bio on its Facebook page states (with slight edits):

“DMB (Dylan Mantica Band) was formed in February 2015, born as a project and a dream of Dylan Mantica.

His friend and manager pushed him to put out of the chest some old songs written and composed with another band “ManticA.”

Dylan started soon with the work, arranging and recording all instruments.

[He was joined in] the project by Alessio Torri, Marco Mercuri and Jano.

The album is called “The Man In The Whole World“, from which the first single “LoveDoll “(Side B” Loser “) was extracted and distributed in 240 countries under Zimbalam label.

They are currently busy promoting their first album.”