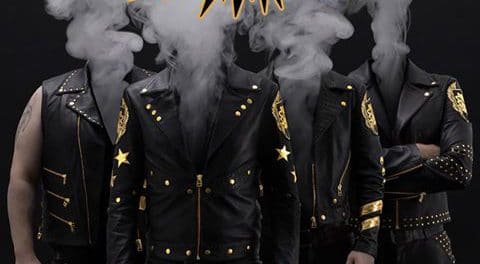 Swedish rockers Dynamite have released a video for their new track “Turn Up The Heat”, which premiered on RockHard. “Turn Up The Heat” will be on Dynamite‘s upcoming third studio album Big Bang, which will be released on September 1, 2017 and follows Lock N Load (2013) and Blackout Station (2014). 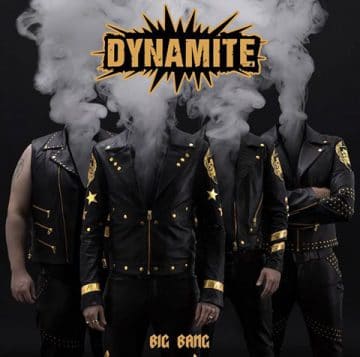 “Dynamite is what it sounds like – Powerful, Explosive Rock n’ Roll.

Formed in Växjö, Sweden 2012 and a lot have happened since…

Dynamite have been aired on Swedish national radio and made headlines in the biggest newspapers in Sweden (Aftonbladet, DN, SvD…) with their music video for the song “Lock n’ Load” and the story behind the video when they got chased by the police force for staging a bank robbery.

The second album “Blackout Station” was released a year after followed by touring both as headline, and supporting bands like Bullet, Enforcer and Wolf all across Europe. Previous shows also include festivals like Bang Your Head and RockHarz Festival.”

Dynamite‘s “Turn Up The Heat” video: