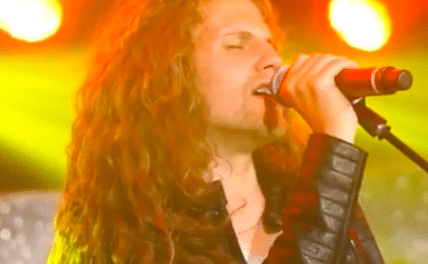 Dynazty frontman Nils Molin was recently interviewed by Andrea Crow for Tuonela Magazine to promote his band’s seventh studio album The Dark Delight, which will be released via AFM Records on April 3, 2020. 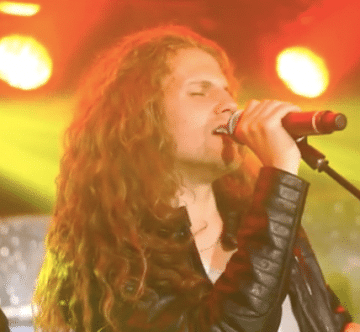 In terms of what he thinks people might not understand about what it takes as a musician, Molin indicated (with slight edits): “I don’t think most people know how much hard work it really is. How much blood, sweat, time, and effort goes into making albums. And how tough physically, as well as mentally, it is with touring. How little sleep you get, flying from one festival to another the next day, etc. It is not uncommon to play a festival weekend with only 1-2 hours of sleep in two days and still having to play shows where you physically give it all you got. Then again, it all makes sense somehow. It’s the lifestyle that I love and most likely always will.”

With respect to determining Dynazty‘s setlist and whether popular songs are the best hits in a live setting, Molin opined: “In my opinion, you cannot simply go by streaming numbers when making a setlist. You need to look at creating a dynamic set, which songs trade-off each other, how to raise the tempo and how to lower it, etc. And in some cases, some songs simply don’t work well in a live environment despite sounding great on the album. Not because the band doesn’t play it well, but rather because in a live venue, the sound is so different from a stereo or whatever headphones you are listening with. A straight and simple groove will always work wonders in a live environment, for example. More complex grooves and patterns are more difficult to understand in a boomy venue.”

You can read the rest of the interview with Nils Molin at Tuonela Magazine‘s website.