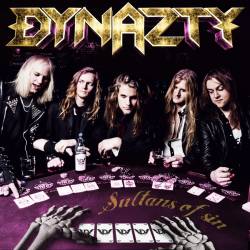 Dynazty Set To Release ‘Sultans Of Sin’ On February 29th

Dynazty was formed in late 2007 in Stockholm, Sweden and released their last album ‘Knock You Down’ on April 20th 2011 through Avalon/Marquee (Japan) and Playground Music (Scandinavia). In Sweden, the album reached #1 on the metal charts and #21 on the album charts.