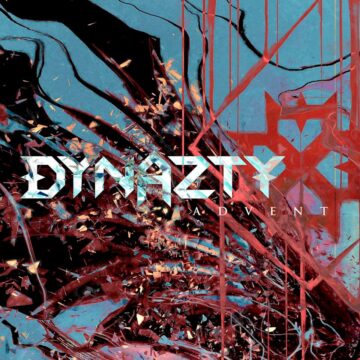 Swedish melodic metal rockers Dynazty consisting of lead vocalist Nils Molin, guitarists Love Magnusson and Mikael Lavér, drummer George Egg and bassist Jonathan Olsson have unveiled a video for their new single “Advent” from their upcoming new studio album, which will be released via AFM Records in 2022. The cover art for the new single ”Advent” comes from Gustavo Sazes.

The following message was posted in part on Dynazty‘s Facebook page back on October 20, 2021 (with slight edits):

“Swedish melodic metal band Dynazty will herald the arrival of a new album, set for release in spring 2022, with first single/music video “Advent” – releasing on all platforms on October 29th.

Kicking off the new campaign to follow up their highly successful 2020 release The Dark Delight, singer Nils Molin says this about first single:

””Advent” is a testimony of all the raw energy accumulated within this band since the release of our latest album. When the pandemic stopped us from touring in 2020 we decided to put our efforts into creating the best and most absolute album and version of ourselves. And so we have done. “Advent” is an aggressive and fiery first taste of all things to come!””