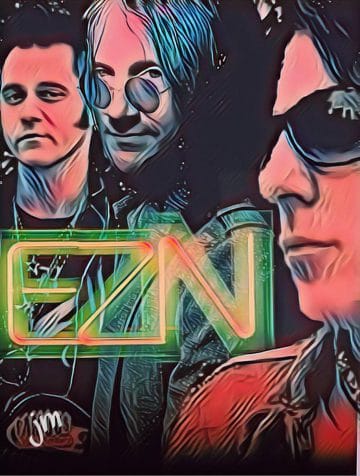 Vie is also working on a solo album and provided the following update via one of his Facebook accounts on August 12, 2018:

“FINISHED TRACKING the new record! ( Roger manning still has a few parts left on one song). I am absolutely drained. I couldn’t get it up for Scarlett Johansson‘s big naked fanny bent over, inches from my face!

?Mike Tholen (producer) could you imagine my anxiety overshadowed by your irritability could be a recipe for bad ass?. Haha. From Paul Gilbert leading us down the rabbit hole, marching to Matt Walkers ( & Ed Breckenfeld)’s groove ,it’s a cluster of hooks n riffs n melodies n harmonies running into characters like john Jonny Polonsky, Phil Angotti, Casey McDonough, Jay O’Rourke, Roger Manning Jr, Baz Francis etc, Mike has piloted the dingy. As the good captain he shall remain aboard to scuttle. Hahaha. ( make sense of the chaos) . I think it’s gonna be really cool. BTW I never get or gotten a break from me.! So kiss my ass