If you’re a fan of Warrant‘s hit song “Cherry Pie”, odds are that you’ll enjoy Early Ray‘s video for their country remake of the song titled “Apple Pie.” 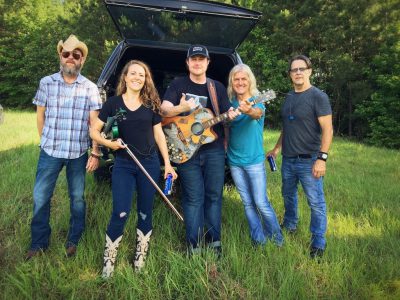 The video features Warrant “alumni” Billy Morris and Bobbie Brown. Morris played guitar for Warrant from 2000 to 2004 and was part of the album Under The Influence (2001). Actress Bobbie Jean Brown appeared in Warrant‘s video for “Cherry Pie” back in 1990.

Metal Sludge indicates the following in part about the remake of Warrant’s hit song “Cherry Pie”:

“Every now and then a song comes along that makes you go, “That’s a hit!”

The Warrant classic “Cherry Pie” was one of those songs.

Now it’s 30 years later and the song has been revisited by the Rock Hill South Carolina group Early Ray.

But there have been a few changes.

First off Early Ray are a country band but they do have plenty of rock n’ roll roots and a backstory that will make you smile.

Don’t forget the creek bank, the farmer’s daughter and the moonshine.”