Melodic rockers Eclipse have released a new song entitled “Vertigo” for streaming from their upcoming new studio album Monumentum, which will be released via Frontiers Music Srl in March 2017. 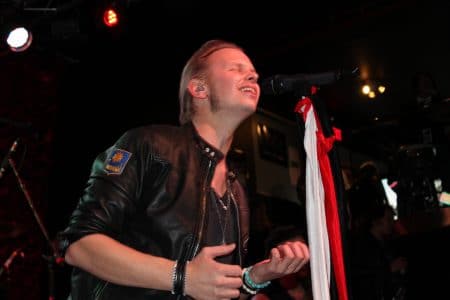 “Two years after the successful release of the “Armageddonize” album around the globe, Eclipse have established themselves as rising stars with audiences in Australia, Japan, America, and Europe (including the 3.5 million viewers who saw Eclipse‘s debut on Swedish national television at Melodifestivalen 2016).

With the musical development and maturity shown across the board on their last two albums, “Bleed and Scream” and “Armageddonize,” the future has become clear: these guys are destined for stardom! And now with their new album, aptly entitled “Monumentum,” band’s amazing abilities are truly on display for the world to hear.

After touring extensively for two years in support of “Armageddonize“, Eclipse‘s main songwriters Erik Mårtensson and Magnus Henriksson reconvened in Erik‘s new studio in the Swedish countryside in late summer 2016 and started writing new songs. The intention was to write and record an album with no compromise on either song quality or musical performance from the band.

Singer, songwriter and producer Erik Martensson says: “With every album, one’s way of writing music changes a bit. What you thought was exciting and interesting while writing one album can radically change when you start writing the next. I think we have brought in quite a few new tricks in the writing and recording process while still staying true to our sound. In the end, it all boils down to if it’s good or bad songs and I think this is the best album we’ve done. In my opinion there is not one single weak song on the album and I’m really proud of it!”

We know saying your latest album is the best you’ve done is the oldest cliché in rock music, and so instead of taking our word for it, tune in and listen to the killer opening track “Vertigo” (see below). It’s melodic rock that’s respectful of the roots of the genre, but with sights set firmly on the future. Fans of the band will not be disappointed and newcomers can look forward to hard rocking tunes with massive hooks from the first to the final track. 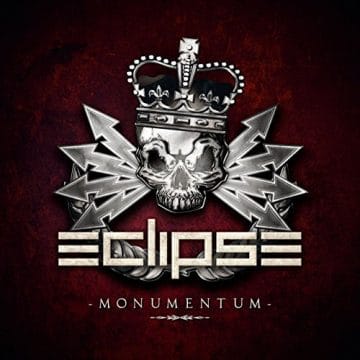 As Erik puts it: “When I go and see a band I just want to hear songs that make me wanna put my fist in the air and scream along, and I want everyone around me to do the same. Well, Monumentum is one giant fist waiting for a chanting crowd of rockers. We can’t wait for the people to hear it!”

Better be ready: Eclipse are coming to kick your ass!”

Subscribe To Be Alerted When We Add New Videos – http://radi.al/SubscribeFrontiersFrom the album MONUMENTUM. Get your copy NOW: http://radi.al/EclipseMonumen…