Swedish melodic rockers Eclipse have revealed their new bassist who will be none other than drummer Philip Crusner‘s brother Victor Crusner. About a month ago, both Eclipse and bassist Magnus Ulfstedt announced that the latter was no 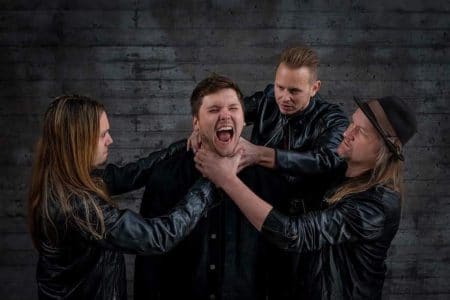 “In March 2019, Eclipse main songwriter Erik Martensson was voted one of the top 10 songwriters in the world by renowned Japanese metal magazine Burrn! In the years following the release of the 2012 album Bleed & Scream, Eclipse has become one of Sweden’s most prolific heavy rock bands. Together with guitar virtuoso Magnus Henriksson, drummer Philip Crusner and bass player Victor Crusner, Eclipse has developed a sound best described as a modern day heavy rock band with massive hooks, respectful of their roots but with no intention of looking in the rear view mirror.

Since 2012, Eclipse has released two additional albums (Armageddonize 2015 and Monumentum 2017). Their latest record charted in several European countries and has amassed millions of streams. The band has toured extensively around the world with shows all over Europe, Japan, the U.S and Australia. They’ve played some of the world’s largest heavy rock festivals including Wacken, Bang Your Head, Rock Fest Barcelona (3 years in a row) and Sweden Rock. When not headlining their own shows they have opened up for acts like Aerosmith, Scorpions and Deep Purple.”