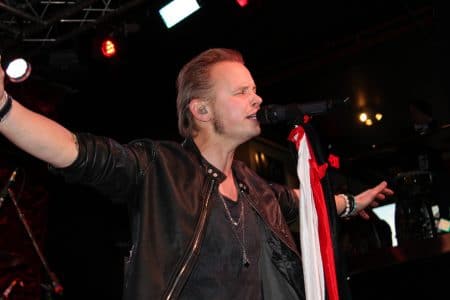 “Funny enough, Paradigm garnered more votes from Sleaze Roxx readers than Eclipse‘s previous album Monumentum but the former just squeaked into the Sleaze Roxx Readers’ Top 10 Albums for 2019 while the latter nabbed the #2 spot in 2017. Accordingly, one could say that Eclipse have attracted even more fans with their latest studio album Paradigm. One could also state that this is Eclipse‘s best ever finish on a Sleaze Roxx readers’ poll since the group tallied its highest voting total with 375 points. Nevertheless, going from #2 in 2017 to #10 in 2019 will seem like a backwards step but it really shouldn’t be viewed that way. With their last five albums — Are You Ready To Rock (2008), Bleed & Scream (2012), Armageddonize (2015), Monumentum (2017) and Paradigm (2019) — Eclipse have been one of the most consistently great bands. Paradigm offers a little bit of everything that you would expect from Eclipse from a beautiful ballad (“Take Me Home”) to an epic like track (“The Masquerade”) to what can likely be heralded as the ultimate Eclipse song (“Viva La Victoria”).”