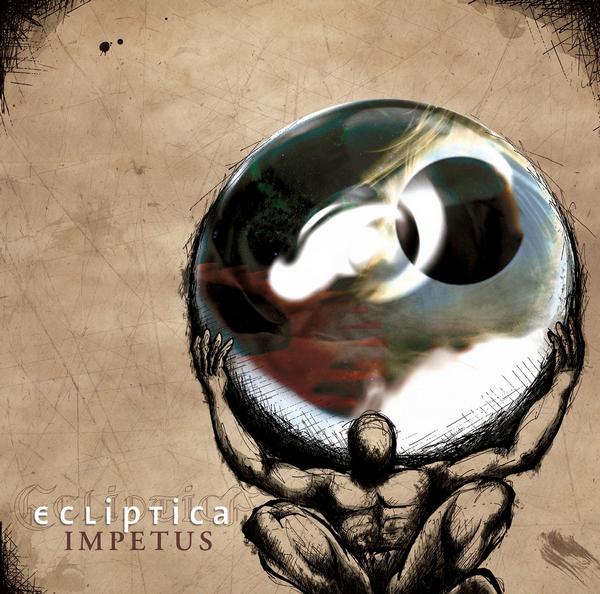 Frontiers Records is pleased to announce the release of Ecliptica’s debut album “Impetus” on August 11.

Ecliptica is a heavy metal band from Austria founded by guitarist Markus Winkler in 2005. He put together a line-up with six members in total, together with the other guitar player Bernie Scholz, Thomas Tieber and Elisabeth Fangmeyer on vocals, plus Florian Thur and Roman Klomfar on bass and drums, respectively.

Ecliptica soon started to write songs and in April 2007 released their critically acclaimed first EP “The Awakening” in front of 500 people at Planet Music Vienna. During the promotion for the EP, Ecliptica won the “Metal Battle Austria 2007” contest and played a live set at the world famous “Wacken Open Air” in Germany, and also landed a support slot for the major US prog metal gods Symphony X.

In January 2008 the band entered the Hinterhof Studios in Vienna to record their first full length album “Impetus,” which is now being released on the international markets by Frontiers Records. The word “Impetus” stands for power, speed, and energy, just like the sound of the 10 songs delivered on the album. Straight through without orchestral arrangements, Ecliptica reduced their songs to a rough and powerful but still melodic feel.

The music of Ecliptica is defined in their musical roots: blending the traditional heavy metal of the ’80s together with intricate rhythms and progressive elements from all decades. The songwriting, however, is very personal and original, thus making them instantly recognizable thanks to the use of two vocalists and to the classical music elements that are incorporated into their songs. Theatrical elements and an eclectic songwriting complete the picture of a very gifted band that is now ready to be unleashed.