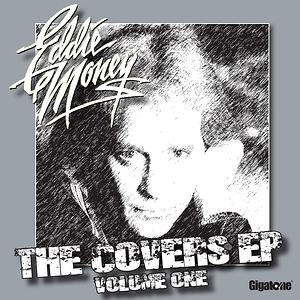 First exposed by The Classic Metal Show, heard Saturdays from 9p-3a EST at www.theclassicmetalshow.com, it appears that Eddie Money has covered the AC/DC classic “It’s A Long Way To The Top (If You Want To Rock And Roll)” on his ‘The Covers EP – Volume 1’. The song can be purchased at both Amazon.com and iTunes.com.

According to the Gigatone Entertainment (www.gigatone.net) press release, Eddie Money has one of the most distinctive voices in rock music. He’s also written and recorded some of the biggest rock hits of the 1970’s and 80’s. With infectious hits to his credit such as “Two Tickets To Paradise”, “I Think I’m In Love”, and “Shakin'”, Eddie Money has dazzled rock lovers for over 30 years. Eddie has returned to the studio for the first in a series of digital EPs simply titled “Covers”. The first in the series, The Covers EP, Volume One pays tribute to the artists and songs that he admires most.

In The Covers EP, Volume One, Eddie offers incredible versions of classic songs including The Beatles’ “She Came In Through The Bathroom Window” and The Four Tops’ “Reach Out (I’ll Be There). He also throws down a gritty, no-nonsense version of AC/DC’s “It’s A Long Way To The Top (If You Want To Rock And Roll)” and an emotional rendition of Train’s “Drops of Jupiter”.

The Classic Metal Show’s dissection of Eddie Money’s new ‘work of art’ can be heard at www.theclassicmetalshow.com/interviews/CMSEddieMoney050909.mp3.

More Classic Metal Show interviews and segments can be heard at feeds.feedburner.com/theclassicmetalshow.