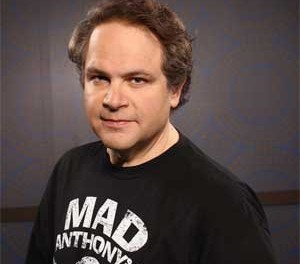 Ruben Mosqueda of Oregon Music News (and who is a long-time Sleaze Roxx contributor) interviewed Eddie Trunk earlier this month and the latter advised that he is hoping for some good news in terms of a new network to host That Metal Show.

Back in January 2016, Trunk had announced that VH1 was no longer making any new episodes of That Metal Show and that the show would not be coming back for its 15th season. 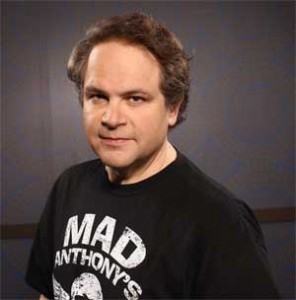 During the Oregon Music News interview, Trunk shed some light on the history of the show and the future in that regard. The following are excerpts from the interview:

Oregon Music News: VH-1 Classic has disappointed a lot of hard rock and metal fans but not picking up ‘That Metal Show’ for another season. Who owns the rights to the name if you take it elsewhere can you use the name?

Trunk: Thank you and thanks you to the fans that are upset about the show. We didn’t want it to happen either; we had a tremendous run with them. We’re grateful for what it was but we do hope to go to bigger and better things from here forward. As far as the name is concerned it’s under the control of our producer who I might add no longer works for VH-1. For all intents and purposes we control the name with him. He owns it of course we’re tied to it because it’s ‘That Metal Show.’

We’ll see how this all plays out. He’s trying as hard as we are to try to keep the show alive and find a new home for it. It could wind up bigger, better and on a new network—which is what we all hope for. It could wind up as a slightly different variation on the show under a different name. We’re hoping for some good news in the next month or so.

Oregon Music News: I assume it’s your intention to retain the ‘team’ that worked on the show? By that I mean Don, Jim, yourself and the producer?

Trunk: Yeah, since day one the core of the show has been Don, Jim, myself and our producer Jeff Baumgardner who has produced every episode. I have co-produced the show as well but that is the core that has kept the show going from the beginning. I also should mention that we hope that Jennifer (Gottlieb) our Ms. Box of Junk can come along with us. I think that some people forget that we had a previous Ms. Box of Junk for seasons 2 & 3 Kerri Lee (Tucker) who sadly passed away. So, the idea is to ‘keep the band together’ as they say; make it bigger and better. 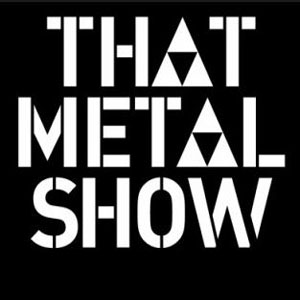 Oregon Music News: You were always pretty cautious when approached by fans on social media, the radio show or even in your live appearances about ‘the next season’ of ‘That Metal Show.’ It didn’t matter if it was season 3 or 13 you always said that you were waiting to hear if the show was being picked up. Was it really season to season with VH-1 Classic? I think fans often thought that it was a given that VH-1 Classic would renew the show.

Trunk: No it was never like that, it was season to season like you said. The way it worked after every season they had 90 days after the last episode to let us know if they want us to do more. We would just wait for what is called in the industry a ‘pick-up notice’ which is a legal document that is sent to our agents or managers from their lawyers exercising their options. We were very lucky that that option was exercised 14 times.

The only time that we knew that there would be a ‘next season’ was the first season. Mid-way through the first season we received notice that we would be doing a second season. The reason for that I feel was that the network needed to do a second season to find out if the had something they needed to do a second season. That’s the only time we worked with any security that we still had a future with the network. If you recall back then the show was 30 minutes long we weren’t being paid as much and the show wasn’t as expensive for the network to do.

Oregon Music News: ‘Stump the Trunk’ has taken a life of it’s own. Have you ever been approached about spinning that off into it’s own stand alone show?

Trunk: It has. I have been told this before; I have a new agent that is looking at what opportunities are out there for me. Who knows? It could happen? I’m totally open to some kind of ‘rock ‘n’ roll trivia’ thing. As you know. It’s been done before—it doesn’t seem to last long. I have become known as ‘that guy’ so I’m willing to explore it. Unfortunately, VH-1 Classic didn’t do anything with it.

You can read the entire interview at Oregon Music News.