After singer David Lee Roth revealed in an interview with Vulture that Van Halen were slated to play Yankee Stadium in the summer, radio mogul Eddie Trunk announced that he heard from two sources that Van Halen will be touring in 2019 with the original line-up. This would mean the return of Michael Anthony who parted ways with Van Halen back in 2006. 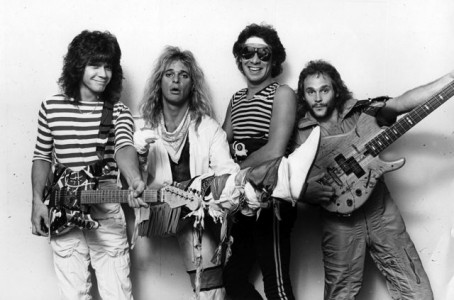 “I hesitate to even talk about this because every year there’s some rumor about Van Halen about to do something or announce something, and ultimately it just doesn’t happen.

“But, a little more so than normal as we close out 2018, I’m starting to hear some rumblings. I have sources and people I hear from and stuff that – as I was saying the other day, has to remain off the record.

“So I cannot cite my source, but I did hear from somebody who is in the music industry, who told me that he has spoken to some people and he’s hearing from some people that there indeed will be some Van Halen activity in 2019 in terms of live shows.

“The rumors from reliable sources – but still rumors that are unconfirmed – is that the band will tour in 2019 with the original band, which would mean the return of Michael, and that there it’s gonna be some sort of stadium package

“So again I cannot stress enough that is not confirmed in any way shape or form but there are starting to be some real substantial rumors about that as we close out 2018.

You can read the rest of the transcribed interview at Ultimate Guitar or listen to the Eddie Trunk interview below: