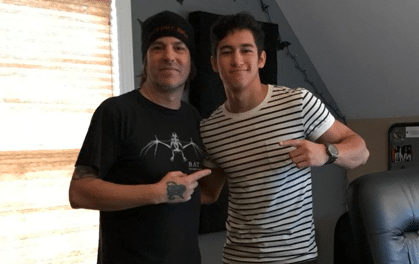 Eighteen year old singer and guitarist Jacob Cade was recently interviewed by Andrew Catania of All That Shreds and spoke about the various songs that he has co-written with musicians such as Skid Row bassist Rachel Bolan, Halestorm frontwoman Lzzy Hale and Winger guitarist/keyboardist Paul Taylor. 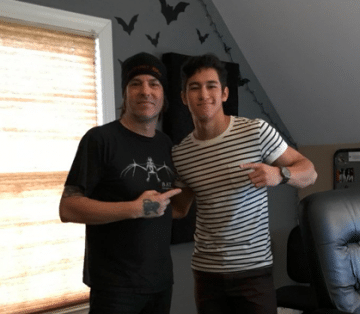 In terms of whether Cade is going to be releasing an album as a whole or individual singles, the 18 year old stated: “We are releasing the album in singles as of now.  We’re looking to release a single within the next month or so, which I’m very excited about.  it’s, it’s been a bit of a process trying to figure out how we’re going to do this, but it looks like the singles route is the way to go.”

When asked whether the single that he has released was written with Bolan, Cade advised: “Yes! With my friend Rachel.  I got to do a lot of collaborations which I’m very thankful for.  The next song that’s going to be released is a collaboration between myself, Lzzy Hale and Joe Hottinger her from Halestorm is going to be the next one.”

With respect to how Cade met legendary producer Michael Wagener, the singer advised: “He’s the reason that I was able to get all of these cool connections, I hooked up with him through my social media guy Johnny Dwinell who happened to run into him one night and showed him who I was. Michael said who’s this kid and what’s he doing? It turned out that I was looking to record a record at the time and Michael agreed to work with me.  I was able to meet with him, we hit it off, and it turned into a fantastic rock and roll journey.”

You can read the rest of the interview with Cade at All That Shreds.

This is a visualizer video for my first single off The Hunger EP called “What’s Your Problem?!” which I wrote with my friend Rachel Bolan from Skid Row.Grab …