Electric Boys release video for “You Spark My Heart” 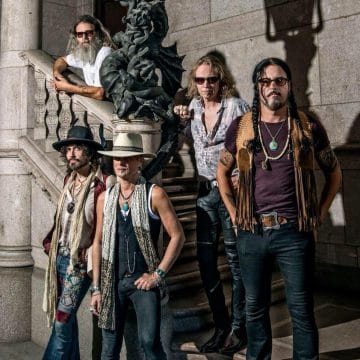 Swedish rockers Electric Boys have released another video in support of their new studio album The Ghost Ward Diaries. The video is for their track “You Spark My Heart.”

Sleaze Roxx stated the following in its review of The Ghost Ward Diaries including the song “You Spark My Heart”:

“The album is a strong mix of funk and metal… in some places a mashup of Living Colour, Raging Slab and Spin Doctors (in a good way).

Opening track “Hangover In Hannover” pulls no punches as a solid rocker to kick off the album. While the verses follow a somewhat predictable aggressive path, the bridge/chorus are very much what I can recognize as Electric Boys. Certainly, “There She Goes Again” varies in both tempo and rhythm. It’s different, but it all seems to work, and is pretty catchy. “You Spark My Heart” sounds like a very current attempt to land a score on pop/rock radio. It simply floats along with no real lasting appeal or sounds that set it apart from other mainstream rock songs.”