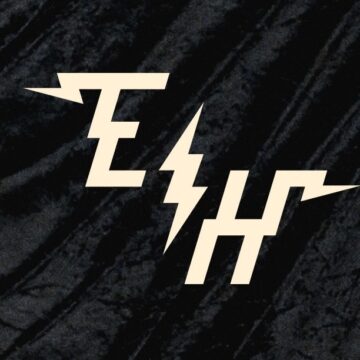 “After having put out five singles over the last year, Electric High steps up the game with a five track EP, named Go Easy On My Heart. Besides containing three previously released singles – “Harder To Justify”, “Sleeping With The Enemy” and “Waiting With A Gun” – the EP features two brand new tracks.

The title track, “Go Easy On My Heart”, kicks off the party, strolling along with effortless swagger through the opening verse, with just singer PV Staff’s vocal and an electric guitar pulling the full weight confidently alone, before the whole band hits you in the gut on verse number two. The chorus takes the good vibes to a whole new level, and the rock’n’roll party has officially begun!

“Sexy One” is the second brand new tune on the EP. This two-minute high voltage energy bomb hits it off at full speed with a ripping guitar riff, and brings back a vocal tradition that’s remained forgotten since The Who’s “My Generation.” Singers PV Staff and Olav Iversen st-st-stutter through the verses like they’ve had an electric shock, but quickly snap out of it when the frantic chorus kicks in.

Many more releases from Electric High will follow continuously throughout 2021.

Electric High is a high voltage rock band from Bergen, Norway, influenced by bands like Wolfmother, Aerosmith and Black Sabbath. The members hail from bands like Sahg, Faith Circus, and Emmerhoff & The Melancholy Babies. This band goes straight for the throat, fronted by two in-your-face lead singers, while the guitarist, bassist and drummer shoot out pure electric power.