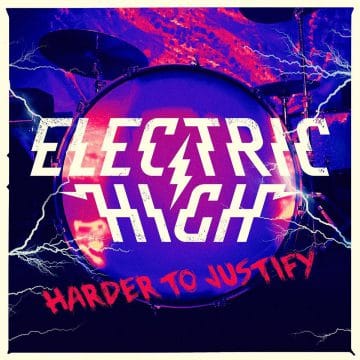 “Electric High is a brand new rock band from Bergen, Norway, influenced by bands like Wolfmother, Aerosmith and Black Sabbath. This band is all about pure rock’n’roll energy! The two lead singers are in your face and go straight for the throat, and the guitarist, bassist and drummer shoot out pure electric power. This is a high voltage act you don’t want to miss!

The first single “Harder To Justify” was released January 24, 2020, along with a music video unlike anything you have seen before. The music video was filmed by a concert audience on their cell-phones, which gave us some crazy video footage – as seen through the eyes of the crowd.

This is the very first single from Electric High – a brand new, high voltage rock band from Bergen, Norway! The music video was filmed by a concert audience …