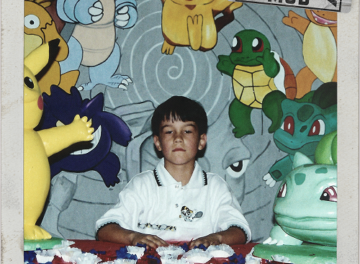 Brazilian rockers Electric Mob consisting of Renan Zonta on lead vocals, Ben Hur Auwarter on guitar, Yuri Elero on bass and André Leister on drum have unveiled a video for their latest single “Love Cage” from their upcoming studio album 2 Make U Cry & Dance, which will be released via Frontiers Music Srl on January 27, 2023. 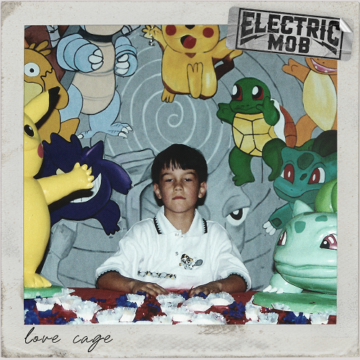 “Frontiers Music Srl is pleased to announce the release of the second album, “2 Make U Cry & Dance” from rock n’ roll juggernauts, Electric Mob. These talented Brazilians stormed on the scene in 2020 with the release of their electrifying (no pun intended) debut album “Discharge”, wowing listeners with their modern take on classic bluesy hard rock excecuted with heartfelt, soulful musicianship and the absolutely monstrous vocals of frontman Renan Zonta.

A mixture of powerful vocals, mean guitar riffs, and heavy groove with influences from the ‘70s, ‘80s, and ‘90s, the band is leading the charge to put Brazil back on the rock ‘n roll map! 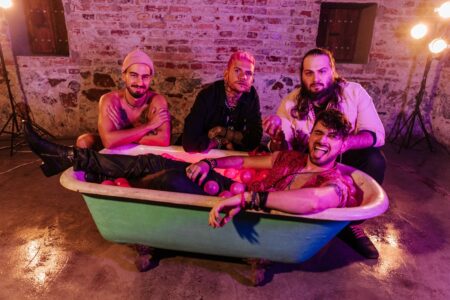 Formed in Curitiba, Brazil by Renan Zonta (vocals), Ben Hur Auwarter (guitar), Yuri Elero (bass), and André Leister (drums), Electric Mob caught the attention of Frontiers with their tremendous hard rock songs that show the influence of contemporary hard rock giants while also showing a knowledge of the hard rock pillars of the ’70s and ’80s. Electric Mob is comprised of four young, hungry and extremely talented musicians, with the rock ‘n roll attitude to deliver their explosive performances. Like a sonic punch to the face, thir songs bring a heavy sound with a distinct groove. Think Aerosmith and Guns N’ Roses mixed with Audioslave with a bluesy touch on top, and you are getting close to the band’s sound.

Vocalist Renan Zonta is no stranger to rock fans in Brazil. He is one of the most acclaimed participants of all-time on the TV show “The Voice Brazil,” with more than 3 million views on YouTube for his various videos. His vocal abilities are simply stunning and Electric Mob’s debut album quickly landed him on the list of new “vocal giants” like Nathan James of Inglorious and Ronnie Romero of The Ferrymen. Vocal legends like Jeff Scott Soto have sung his praises and he’s been invited to collaborate with establshed musicians like Magnus Karlsson, Jani Liimatainen, Billy Sheehan, Brad Gillis, Tony Hernando, and more.

But a tremendous vocalist always needs a suitably complimentary group of bandmates to raise them to the next level and the tasteful, yet unrestrained playing of guitarist Ben Hur Auwarter and the tight rhythm section of bassist Yuri Elero and drummer André Leister prove that Electric Mob is a true band of brothers playing with exceptional chemistry that propels the whole machine forward.

Electric Mob is one of rock’s most exciting and promising newcomers in years. Get on board the rock n’ roll train!”