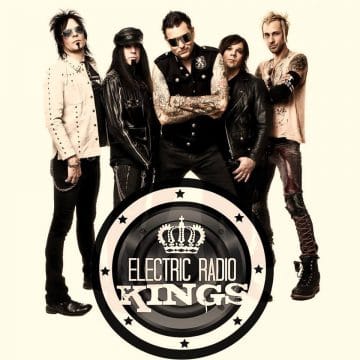 “Hi Friends how’s everyone out there doing! We haven’t checked in in awhile! The guys have been diligently finishing up the album here in Las Vegas with producer AJ St. James. Some exciting news is that Metallica‘s longtime studio Engineer Mike Gillies has hopped onboard and been working with the band helping out with the finishing touches on the record tentatively titled “Purrr“. In addition Kane Churko whose engineered such mega bands as Bad Wolves, Five Finger Death Punch, Papa Roach and Disturbed is going to Mix the upcoming Single. The band is looking to hit the airwaves Nationally this Fall with the release and album to follow later this year.

Thank You again for your continued support, we luv ya!! \,,/”

New video for the single “Sympathy For Me” by Electric Radio KingsDirected and shot by Mason Wright for Keep It King Productions February 2018. RL RECORDINGS…