Eric Martin would love to do something again with Mr. Big 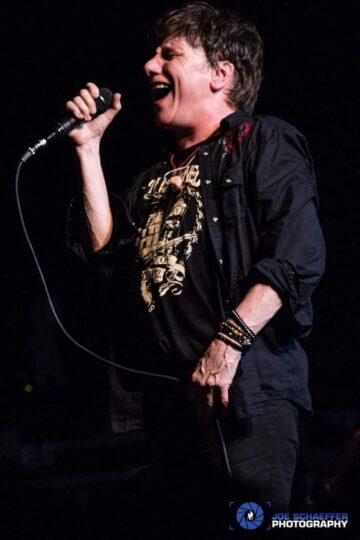 In terms of Mr. Big getting back tether in 2009 and subsequently dealing with drummer Pat Torpey passing away (back on February 7, 2018), Martin indicated (as provided by the Laughing Monkey Music podcast with slight edits):

“Looking back on it, it wasn’t bullshit. It’s just that when we got back together in 2009, nobody really talked about it, which is okay. Because you lose the taste for hate. After so many years, you just sort of forget about it. We sweep it under the table. We got back together. There was a few little animosities here and there, but the key was that we stayed together. We had respect for each other. You know, I lost a little respect in some of those hardships back in the day, and I’m sure they did too with me. But that wasn’t the case anymore. I respect. I mean, I love Pat Torpey. [I] respect Billy Sheehan and Paul Gilbert so much, but like, after Pat‘s death, it took the wind, just came right out of the sails. It was really difficult to play without him. And it was a  grieving process for a really long time.

In regard to reuniting Mr. Big, Martin stated: “I would love to get back together with Mr. Big and doing possibly another record maybe. I don’t know. I don’t really think if we have anything to say. When I write songs, I constantly think Mr. Big in my head. I don’t know. So even when I try to write acoustic songs, it always comes out Mr. Big but I would love to do a tour definitely with the band. But you know, I’m okay with it. We have product that’s out right now. We have a live box set. And then we got some other stuff on the frying pan — not frying pans — in the stove. Whatever they say. My voice is not… [It’s] getting all quiet in here. Yeah, but I would love to do something again with Mr. Big. I love that band. I love playing live on stage you know? And with Billy and Paul and the spirit of Pat Torpey, I love that music.”

You can listen to the interview with Eric Martin on the Laughing Monkey Music podcast below: