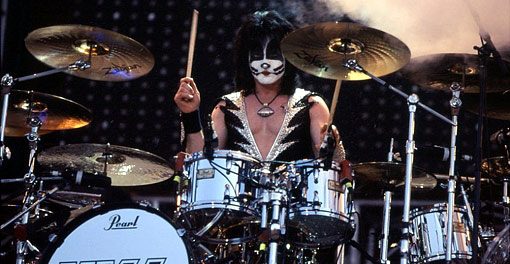 For a number of years, both Paul Stanley and Gene Simmons have discussed how they would like to see KISS continue even if each of them are no longer in the band.

KISS‘ drummer Eric Singer remained diplomatic about the possibility of KISS continuing without Stanley and/or Simmons in a recent interview with Chris Jericho‘s Talk Is Jericho podcast before finally reiterating that he planned on not continuing with KISS if and when Stanley or Simmons stopped being in the band. 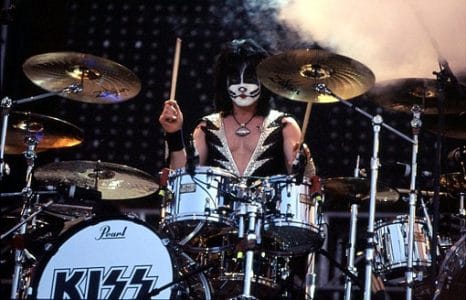 Excerpts from Metal Wani‘s transcription of the Talk Is Jericho podcast’s interview with Singer are as follows:

“Everyone has their own point of view of what they think makes sense or what would work on not. Some people think it wouldn’t work at all; other people think, ‘Yeah, sure. Why not?’ But if there’s a fanbase out there for it, obviously it’ll work. I think it’s how it’s done. If it’s done the right way, it’s a possibility that it could be something that could work. But I personally thought it would be best to just go and find four young new guys — like when they were young and started — that had this kind of energy and the right look and everything, it’s probably possible.”

Singer went on to say: “I know there was talk years ago about trying to do a TV show where they were gonna call it ‘Kiss: The Next Generation’. And the whole idea… kind of like one of these reality shows based on finding the members and putting them together and becoming this new entity. But the problem was, like Doc [McGhee, KISS manager] said, once you do that… It’s a great idea, but once you do that, then KISS as it is now, you’re done. You can’t do that kind of a show and then still keep being KISS. So I think that’s what probably made it not happen, because they realized, ‘No, we still wanna play.’”

The drummer added: “I don’t know if it’s still something that would have a chance to still happen in a format like that. I think that would be one of the ways it might be cool to do it — do it through a TV show, kind of like an ‘American Idol’, thing like that, where you create putting this whole thing together, and then it goes on tour. ‘Cause the TV show would be the vehicle to get it all the attention for then people wanting to go see it.”

Asked if he would want to be involved in a version of KISS that featured no original members, Singer responded: “That’s not something that I really wanna do, to be honest with you. I’ve said it before. I think maybe other people have different sentiments about it, whether it’s other guys in the band or Doc or whoever. But for me, if Gene or Paul aren’t doing it, to me, it would awkward or difficult. Up to this day, I’ve always maintained that if one of those guys is done, then, to me, that’s when it’s done.”