Former H.E.A.T frontman Erik Grönwall continues to release videos of himself singing cover songs. After releasing his very well received cover of Black Sabbath‘s “Headless Cross”, Grönwall has unveiled his cover of Skid Row‘s classic track “18 And Life.” Grönwall‘s former H.E.A.T bandmate Jona Tee handles all of the instruments and the production for the song. 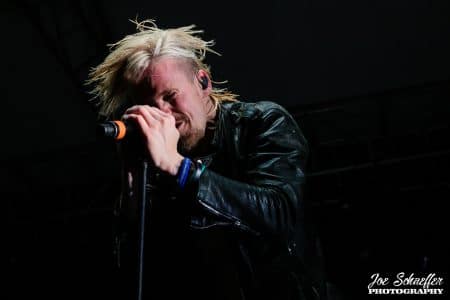 “This song was basically the starting point of my professional career as an artist. I performed this song during my Swedish Idol audition back in 2009. 12 years later it’s time to give this bad boy a try again. Here’s my version of the Skid Row song 18 and life.

This version of 18 and Life will be available on all streaming platforms September 3rd. Make sure you pre-save on Spotify here: https://ffm.to/18andlife “

Wikipedia states the following in part about Skid Row‘s single “18 And Life” (with slight edits):

“”18 and Life” is a song by American heavy metal band Skid Row. It was released in June 1989 as the second single from their self titled debut album. The song is the band’s biggest hit, reaching No. 4 on the US Billboard Hot 100 and No. 11 on the Mainstream Rock Tracks chart. It was certified Gold on September 13, 1989, when it sold 500,000 copies. The song also charted at No. 12 on the UK Singles Chart.” In April 2015, Skid Row released a new version of the song with current lead vocalist Tony Harnell.”

Erik Grönwall performing “18 And Life” on Swedish Idol back in 2009: