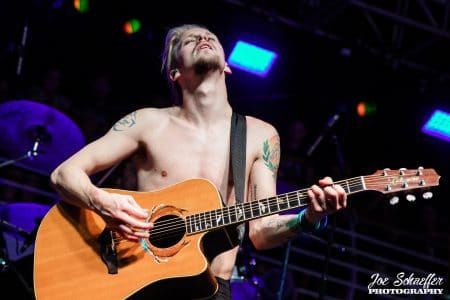 In addition to now fronting Skid Row, which happens to be his favorite band, Erik Grönwall continues to release videos of himself singing killer covers of various songs. This time around, Grönwall enlisted the help from his long-time friend Philip Näslund on guitar to cover the Guns N’ Roses classic “Nightrain.”

“My buddy Philip flew in to Las Vegas to check out the Skid Row show and we just had to jam a bit. I won’t always be able to give you the full studio experience and that’s why I started this unplugged playlist. I want to be able to release music on this channel even when I’m on the road.

Philip and I went to high school together and started our first metal band RAID when we were 16-17. He was the guy who introduced me to all these great rock bands like Skid Row. He’s had a huge influence on my singing. ⠀

He moved to LA when we graduated and has been working as a producer, songwriter and guitar player since then.”