It’s not uncommon for bands to quit after things don’t take off for them about one or two albums so Swedish rockers Eclipse‘s story is one of perseverance and should serve as an inspiring one.

Wikipedia describes Eclipse‘s early days as follows (with slight edits): “The band was formed in 1999 in Stockholm by singer / guitarist / bassist Erik Mårtensson and drummer / keyboardist Anders Berlin. Together with guitarist Magnus 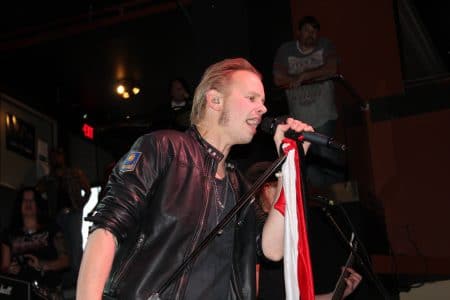 Henriksson, they received a record deal with English label Z Records. The band’s debut album, The Truth And A Little More was released in 2001. Eclipse later received a contract with the Italian label Frontiers Records and in April 2004 released the album Second To None. In 2008, they released the album Are You Ready To Rock.

Mårtensson was recently interviewed by Yiannis Dolas for Greece’s Rock Pages. The singer was asked what have been Eclipse‘s biggest mistakes so far to which he replied (as transcribed by Rock Pages):

“It’s always easy to be wise afterwards. We should have sticked in doing our own thing and not thinking about others too much. When we started doing what we liked ourselves then people started going “Oh, this is really good”. So, we should have just went to our own direction with much more confidence. Much earlier. I think we wasted 10 years… in the early ‘00s, this kind of hard rock music was so out of fashion. People thought we were complete idiots. No one listened to most records ‘cause it was so out of fashion. We couldn’t get any gigs because the music was so out of fashion. So, it took us almost… about, say 15 years before we got any attention at all. “Bleed & Scream” and “Armageddonize” opened up and it was OK to like this kind of music.” 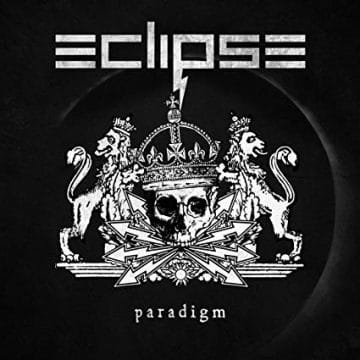 In terms of how Eclipse developed the identity of their sound, Mårtensson indicated: “When you are young and you start a band, as a young songwriter, you start by copying others. And for every record, we tried to clear our tracks and tried to make our own sound as much as possible.

I think the album “Bleed & Scream” in 2012 was the first record where we actually had some songs that sounded our own, that didn’t sound like anything else. So, I think that in every record we try to find out own sound. On the latest one, we took another big step for what our identity is about. Every record’s been a step further in finding the band’s own identity. I think that we are still searching and we try to see where can we take this music. We are always trying to bring in influences from stuff that’s not normally rock music and we try to make it our own.