Many people think that it’s always the band members listed on the albums that played on everything on a record but that is often not the case. Turner was asked about the rumour that guitarist Mike Slamer had been brought in to play guitar solos on the first two Warrant records Dirty Rotten Stinking Filthy Rich (1989) and Cherry Pie (1990). 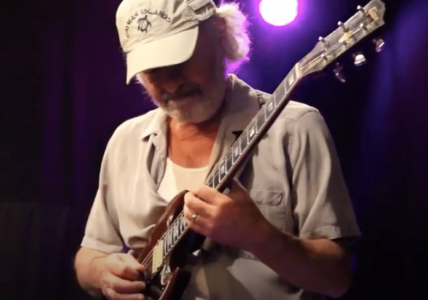 Turner recalled (as transcribed by the Chuck Shute Podcast with slight edits): “Yeah, but we all brought in Mike Slamer to do some solos. Joey [Allen] and I, Jerry [Dixon], Steve [Sweet], and everybody played on every song, but some of the solos were Mike. And then on the second record, I just played rhythm guitar and Joey and Mike did the solos. So it was it was all good. And then we did Dog Eat Dog. And we used Michael Wagener a different producer. And so Joey played all the guitar solos and so that’s why Jani [Lane] wanted to put that on there.

In terms of whether he played live what Slamer showed him to play, Turner indicated: “Yeah, yeah. Just like anybody would you know. You play this here solo and you play it. Sometimes, some guys are playing shit note for note. Some guitar players, you’ll go see and they’ll play the song a little different every night. You know, just different, different stuff. But yeah, yeah. And we did play some solos as well. Joey played a bunch solos. I played some solos. Mike played some solo stingers and shit. Like that wasn’t all Mike. But great guy. Super, super sweet. Nice guy. We got to see him last year — wasn’t last year. Two years ago, he came out to see us play and we got to hang out backstage for for quite a while and it was awesome to catch up.

On whether the Warrant band members were mad that an outsider had been brought into play on their albums, Turner stated: “No, we didn’t know what the fuck was going on. Never made a record before. You know, we got this big time producer [Beau Hill who produced] Ratt and KIX and you know, he’s leading the show. He’s in charge. He’s the boss. He’s telling everybody what to do. And I was like, ‘Okay’.”

Wikipedia states the following about Mike Slamer (with slight edits):

“Slamer started his career playing in the UK prog-rock band City Boy. Since then, he has worked as a staff composer for various movies and TV series, has been a session guitarist for numerous recording artists, and played in several bands. He provided the guitar solos on Warrant‘s first two albums, Dirty Rotten Filthy Stinking Rich and Cherry Pie. He also contributed a solo on a KIX record.

He at different times cooperated with two members of the progressive rock band Kansas. With Steve Walsh, he formed Streets, and with Billy Greer, he created the band Seventh Key. Streets released two albums on the Atlantic label, 1st (1983) and Crimes in Mind (1985). A live Streets album was released on the BMG label in 1997 and features a concert for the King Biscuit Flower Hour radio show from 1983.