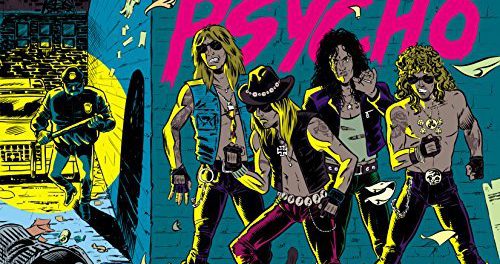 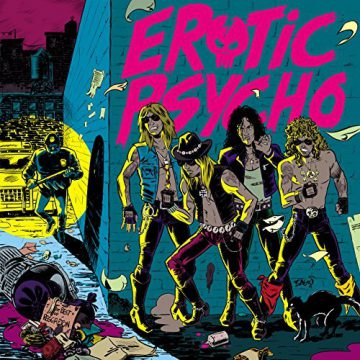 Sleaze Roxx stated as follows in one of its two reviews of Erotic Psycho‘s Sex You Up EP: “The band definitely takes a page from the late ’80s and early ’90s hard core glam scene and does so unapologetically. Drawing from influences such as Faster Pussycat and Pretty Boy Floyd (intentionally or not there seems to be a nod to Pretty Boy Floyd with their lyrics ‘Four electric boys gonna make some noise’ on their 2014 debut video “Lost Boyz”) while maintaining a step past Floyd’s bubblegum pop element. Lead singer Nando Saints has the same soft tenor essence as Steve “Sex” Summers and Taime Down as well.

Erotic Psycho‘s sound is definitely not streamlined and has at least the edge and some of the intensity which bands like the currently touring Guns N’ Roses have brought back to a badly ailing rock scene in 2016. Sex You Up does manage to dress up what is essentially a pop rock album with x-rated lyrics and zealous sleaze. Even with the token ballad, this is a straight forward hard rock record oozing with catchy boisterous tracks. Lead guitarist Jay Martino seems to have a knack for producing catchy main riffs alongside Frost Moore‘s drums bringing them to life with an infectious backbeat support that is perfectly showcased on the title track “Sex Me Up.” “Psycho MF” contains a fast low bass with more dark gutter overtones while “Rockin’ On The Wild Side” has the fundamentals of an arena sing-along anthem.”