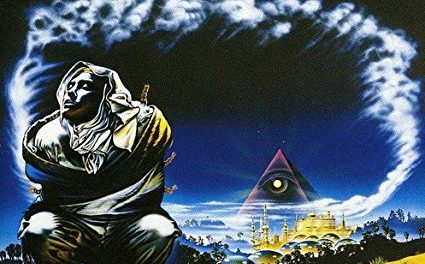 Former Europe and current Out of This World guitarist Kee Marcello was recently interviewed by Andrew Daly for Vinyl Writer Music. The guitarist was promoting his new band Out of This World, which just released its debut self-titled album along with a live record titled Live From The Heat back on April 2, 2021. Marcello recorded two studio albums with Europe — 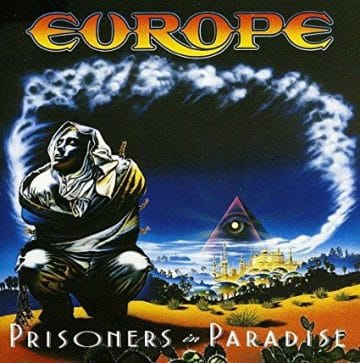 In terms of the reception for that latter album, Marcello indicated (with slight edits): “It was a great recording period in LA with producer Beau Hill, and I felt that we had material with a heavier edge to it, more in line with what musically was going on in rock ‘n’ roll at the time. It definitely felt like we were on the right track. Unfortunately, record labels don’t reason that way. After four bosses of Epic had visited the studio to listen to the songs we’ve recorded, they refuted the album, telling us to write more ballads. Labels rely heavily on stats, and they knew that the biggest song on the charts for us in the US was “Carrie” from The Final Countdown. And unfortunately, the label really had us by the balls. Our tour agency had already started booking the next world tour; if we didn’t release an album before that, we would lose astronomical figures. So we had to replace rockers like “Break Free” and “Yesterday’s News” with co-writes like “Halfway To Heaven” and “I’ll Cry For You.”

I can’t say I was happy with that decision, but in retrospect, the album turned out great. And unlike a lot of our colleagues that got dropped from their labels when grunge came marching in, we had our label hounding us for a follow up to Prisoners In Paradise. Why? Because we were still selling millions! Which label in their right mind would drop a winning act? What finally made us decide to go on hiatus was the general evolution in the rock music business. We didn’t feel like Europe belonged in a world of Nirvana and Pearl Jam.”

You can read the rest of the interview with Kee Marcello at Vinyl Writer Music‘s website.

Sleaze Roxx stated the following in its review of Prisoners In Paradise back in September 2016: “…. I have always thought that Europe‘s 1988 album Out of This World is exactly that — out of this world. It’s an almost flawless album chockfull of melodies, great hooks and some truly great singing from Joey Tempest. I also really like — and still like — The Final Countdown album so I was expecting another great album from Europe to follow up those two stellar albums. What I got back in 1991 was a band that had lost its way. A band that was trying too hard to sell too many albums by selling out with commercial bubble gum rock. Not that Europe were ever going to be considered to in the same vein as Iron Maiden or Judas Priest when it came to their song compositions prior to Prisoners In Paradise but Out of This World had a lot of quality songs on it and although commercial sounding, the songs were well crafted and rich so to speak.

Listening to Prisoners In Paradise in its entirety after a twenty year moratorium, I now know why I hated it so much back in 1991. It simply had to do with the singles that Europe or whomever decided on their behalf to release. “Halfway To Heaven,” “Prisoners In Paradise” and especially “I’ll Cry For You” just made me cringe back then — and still to this day — as desperate attempts to get that big hit single. When I hear any of those tracks, I just think that Europe could have done a lot better. And by the way, I don’t hate any of the songs. I still listen to them and might even sing along to them (while cringing…) but they are beneath what Europe could or should do.”

Europe‘s “I’ll Cry For You” video (from Prisoners In Paradise album):