Memphis, Tennessee, USA based rockers Every Mother’s Nightmare consisting of lead vocalist Rick Ruhl, bassist Troy Fleming, guitarists John Guttery and Travis ‘Gunner’ Butler, and drummer Allan Bone have unveiled a video for their latest single “Sin In My Heart” from their new studio album Resurrect The Faithful, which was released via HighVolMusic on October 23, 2020. 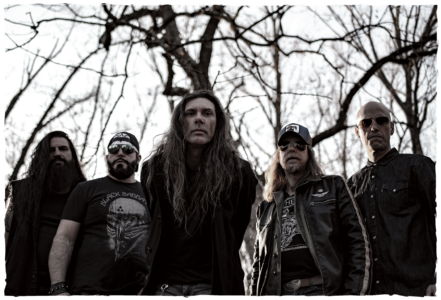 “”Sin In My Heart” the new video/single from EMN (Every Mother’s Nightmare) makes its world premiere today! Shot on location at The Slaughterhouse in Nashville, “Sin In My Heart” was directed by Ben Dixon, filmed by James King, produced / edited by Gene Vaton Hadley for GVH Media.

“Sin In My Heart” is the third video from the bands latest record ‘Resurrect The Faithful’ and by far the most creative video of the bands career. The track is also making its way to radio. “We’ve stayed very busy with all the down time last year. We got a great time and we’re just working all the time. There is already a handful of new songs for the next record and maybe a 1-off single surprise that will come. We are working on the next video too. We’ve got so much in the works and if we can get out and do some shows this year it should be a good year. – says Rick Ruhl.

Every Mother’s Nightmare‘s “Sin In My Heart” video: