Memphis, Tennessee, USA based rockers Every Mother’s Nightmare consisting of lead vocalist Rick Ruhl, bassist Troy Fleming, guitarists John Guttery and Travis ‘Gunner’ Butler, and drummer Allan Bone have unleashed a video for their single “Here’s To The Ones” from their new studio album Resurrect The Faithful, which was released via HighVolMusic on October 23, 2020. 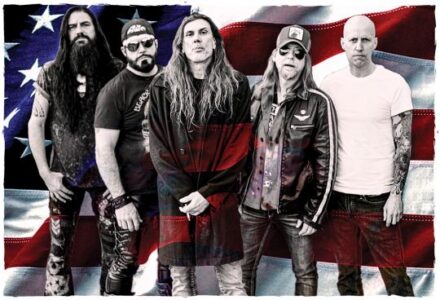 “Memphis, Tennessee, USA rockers Every Mother’s Nightmare (EMN) launched the second video, “Here’s To The Ones” from their dynamic new album ‘Resurrect The Faithful’.

Released on October 23rd, ‘Resurrect The Faithful’ is impacting radio around the globe and continues to gain momentum. The album is being hailed as the best in the band’s career.

“Here’s To The Ones” is inspired by a fan and Veteran Mighty Mike, who met the band at a previous show. He waited all day to meet the band and when he finally did, he asked them to sign his prosthetic leg and take pictures. Mighty Mike‘s actions had a profound affect on lead vocalist and EMN founder Rick Ruhl. “He’s seen some shit and it really got to me. When telling this story in recent interviews, it still chokes me up everytime. We owe our military who put themselves on the frontline to protect the freedoms of everyone in the U.S.. Freedom at cost, Blood’s what we pay.” says Rick Ruhl.”

Every Mother’s Nightmare‘s “Here’s To The Ones” video: