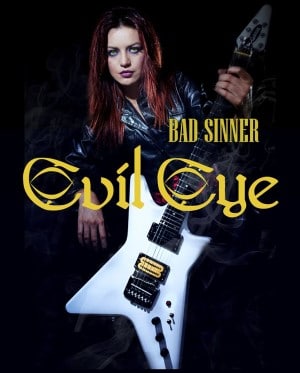 Costa Rica based Evil Eye have released a new version of their song “Bad Sinner” which was reportedly remixed and remastered by none other than famed producer Beau Hill.

Evil Eye‘s Facebook bio states: “We are a new HeavyMetal band, determined to bring upon a new heavy metal wave in Central America. The roots of the band can be traced back to the spirit of the eighties. The EP from the band,”The Business of Faith” was recorded and produced at Bushido Audio Productions by Juan Pablo Calvo.”

Evil Eye list their influences as heavy metal from the ’80s and New Wave Of British Heavy Metal.