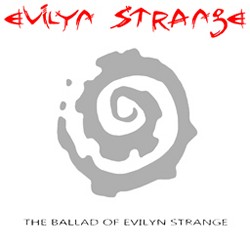 Evilyn Strange are proud to announce the release of their debut single, “The Ballad Of Evilyn Strange”, through Thirteen772 Music.

The single is available via most major outlets including iTunes and can be previewed at www.facebook.com/pages/Evilyn-Strange/120496958047309. The band urges all rockers, metalheads and anyone dismayed at the rapid rise of Simon Cowell to have a listen.

Formed in 2008 Evilyn Strange are part English and part Swedish. It’s been a hell of a journey recording ‘Mourning Phoebe’ and the band is suitably bursting to release their first set of recordings to a rightfully suspicious public.

‘Mourning Phoebe’ track listing:
The Ballad Of Evilyn Strange
Your Eyes Give You Away
Everything
All That You Do (You Do For You)
Narcissistic Bar Statistic
The World Needs Someone Like You
Love Finds You
No Mercy
Please Don’t Tell Me
Just A Little