Former AC/DC lead vocalist Dave Evans was recently interviewed by ex-Anthrax singer Neil Turbin for Canada’s The Metal Voice and the former reminisced about his time when he was in the now iconic band. 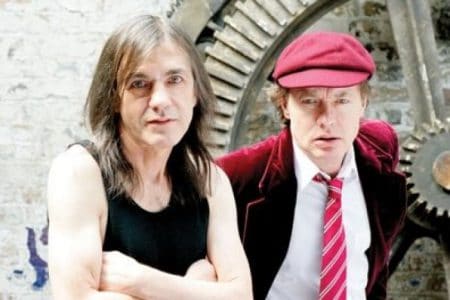 In terms of AC/DC‘s initial success in the early days, Evans advised (as transcribed by The Metal Voice with slight edits): “In the beginning, we were a real band and we all had an equal say. When we first started gigging, Malcolm‘s older brother, the famous George Young from the Easybeats, was the A&R guy for a new record label, Albert Music (along with Harry Vanda). George came along to listen to us rehearse. Then George said, ‘We will sign you up for a record” and George Young and Harry Vanda produced our first record/ single ‘Can I sit next to you Girl’. We had a hit record immediately and it just raced up the charts. At the end of the year, it was named Best Australian Group Record of the Year. We were playing to the biggest crowds in Australia and we also toured with Lou Reed.”

With respect to why he left AC/DC, Evans indicated: “The reason why I left the band was because we had a hit record and we were doing so many shows, sometimes we were doing three shows a day and I was not getting paid. We were on TV on radio but we were not getting any money. Plus were pretty unhappy with our third manager. I had to pay rent back at my apartment in Sidney, I was paying off a car, working my ass off and not getting any money. We had a meeting one night with the manager and he smart mouthed me, so I punched him. I had enough so I was going to leave  the band after the tour unless I got a certain amount of money, which I didn’t, so I left. Strictly economics.”

In regard to whether there were any arguments and fights during his time in AC/DC, Evans advised: “Angus lost his temper one time, next thing you know he goes flying into Malcolm. Malcolm fought back, little fists going all over the place but none really landed and it just broke up. The rest of us were shocked at first and then we were just laughing. Angus had a bit of a temper. One time, Angus came at me backstage, cause he loses his temper and I put my hand on his head so Angus couldn’t reach me and they took him away. Angus is known to lose his temper.”

You can listen to the interview with Dave Evans by The Metal Voice below:

End of Interview Special Highway to Hell performance by Dave Evans and Neil TurbinFor a quote for The Metal Voice T-shirt please fill out form herehttps://w…