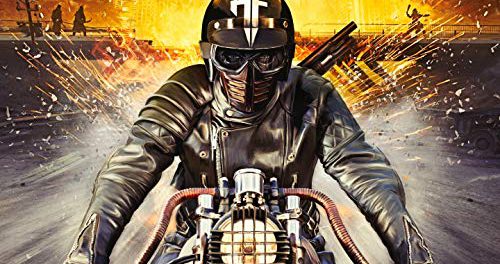 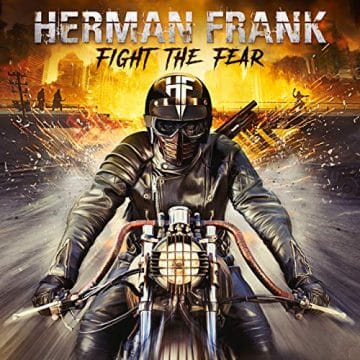 “Introducing Heavy Metal veteran Herman Frank to the crowd is just meaningless like carry coals to Newcastle. The guitarist has been an integral part of the German metal scene since the early 80s. From Accept to Victory to his solo project started in 2009 and his work as a producer, the Hanoverian has proved a recipe for uncompromising Heavy Metal.

With the first three albums “Loyal To None“, “Right In The Guts” and “The Devils Ride Out“, Frank and his comrades-in-arms are causing storms of enthusiasm in both the press and the fans. And the fourth album “Fight The Fear“, cast in the same mold, will not change that. The Heavy Metal veteran and his men bring to proof, that the former solo project is much more than a mere one-man show of the name giver.

Together with Masterplan front vocalist Rick Altzi, guitarist Heiko Schröder, former Rage drummer André Hilgers and Jaded Heart bassist Michael Müller, the musicians show that this is the perfect teamwork for a close-knit band. With razor- 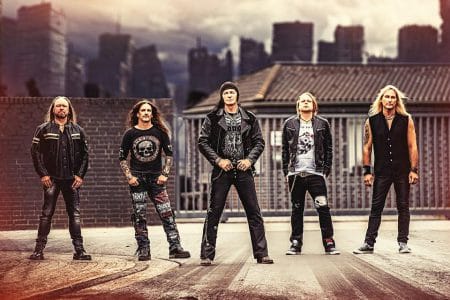 sharp riffs, sublime, hell for leather solos, consistently delivered high-class vocals between melody and heaviness, and a rhythm section, that drives every single song forward like a clockwork, Herman Frank presents a flawless metal album, without even a single second of boredom. The opener “Until The End” goes like a train and sets the pace, “Terror” is a top-notch stomper, whose sinister groove fits perfectly with the lyric´s mood, “Hail Row” takes a breather, shortly afterwards it gathers speed and no prisoners are taken, until the ballad “Lost In Heaven” is enough to make a stone cry.

“We’ve never had this kind of band structure before,” Herman enthuses. “Each of us plays an active part in our collaboration, and the result is a fantastic and highly constructive approach to our work.” In particular when it comes to the group’s lyrics, Frank has always believed in his proven dictum: “I feel that the vocalist should contribute the lyrics, because at the end of the day he’s the one who has to get them across to the audience and fill them with life. That’s the way I’ve been working with Rick since ‘Right In The Guts’ and the result speaks for itself.” Altzi sums up the lyric´s sense: “It wasn’t my intention to make any political statement on this album but my frustration concerning where we are in the world today somehow led me to write lyrics about that. How do we adapt to the threat and the fear of violence?

Mankind seems to have a short memory keeps on doing the same mistakes over and over again. How we in modern time still let’s religion dictate and form the decisions made by people and governments? “With a slight grin, Rick adds,”but I only wrote eight out of fourteen lyrics, so there’s enough room for love songs and pure rock’n roll.””

Taken from the album „Fight The Fear”, out February 08th, 2019. Pre-order: https://shop.afm-records.de/herman-frank/Listen on Spotify: https://open.spotify.c…