Former Alice Cooper guitarist Michael Bruce is back with a new band called the Michael Bruce Band who will be releasing its debut album in 2021. The 71 year old guitarist was in the Alice Cooper Band from 1964 to 1974 and appeared on the band’s well known studio albums Love It To Death (1971), Killer (1972), School’s Out (1972) and Billion Dollar Babies (1973). 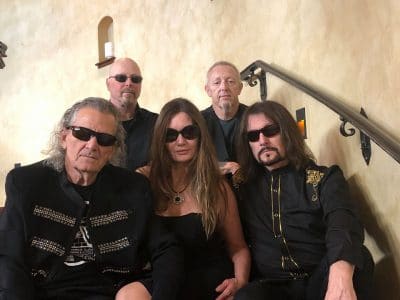 Tracks include: “Born Screamer”, “Famous Face” and “Riding A Hurricane.”

Michael Bruce as a member of the original Alice Cooper Group wrote the hits that rocked a generation, selling millions of albums and singles.

“School’s Out”, one of the most notable and iconic songs, was inducted into the Grammy Hall of Fame in 2015.

Ringing bells around the world “School’s Out”, “No More Mr Nice Guy” and “Eighteen” have become anthems that bring the generations together and rock the world!

The Michael Bruce Group is: